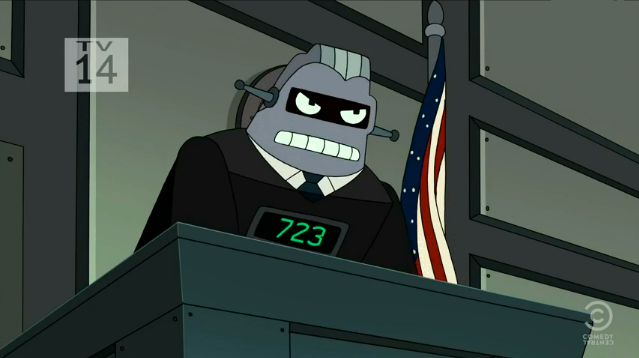 Robot legal theorist Ryan Calo writes, "I thought you might enjoy my new paper, canvassing decades of American case law involving robots. Courts have had to decide, for instance, whether a robot represents something 'animate,' whether the robot band at Chuckie Cheese 'performs,' and whether a salvage crew 'possesses' a ship wreck by visiting it with a robot sub."

I've written previously about the problem of regulating robots separately from regulating computers and computation. Calo's survey of nine key cases shows just how thorny the question can be.

The article generates in all nine case studies. The first set highlights the role of robots as the objects of American law. Among other issues, courts have had to decide whether robots represent something “animate” for purposes of import tariffs, whether robots can “perform” as that term is understood in the context of a state tax on performance halls, and whether a salvage team “possesses” a shipwreck it visits with an unmanned submarine.

The second set of case studies focuses on robots as the subjects of judicial imagination. These examples explore the versatile, often pejorative role robots play in judicial reasoning itself. Judges need not be robots in court, for instance, or apply the law robotically. The robotic witness is not to be trusted. And people who commit crimes under the robotic control of another might avoid sanction.

Together these case studies paint a nuanced picture of the way courts think about an increasingly important technology. Themes and questions emerge that illuminate the path of robotics law and test its central claims to date. The article concludes that jurists on the whole possess poor, increasingly outdated views about robots and hence will not be well positioned to address the novel challenges they continue to pose.