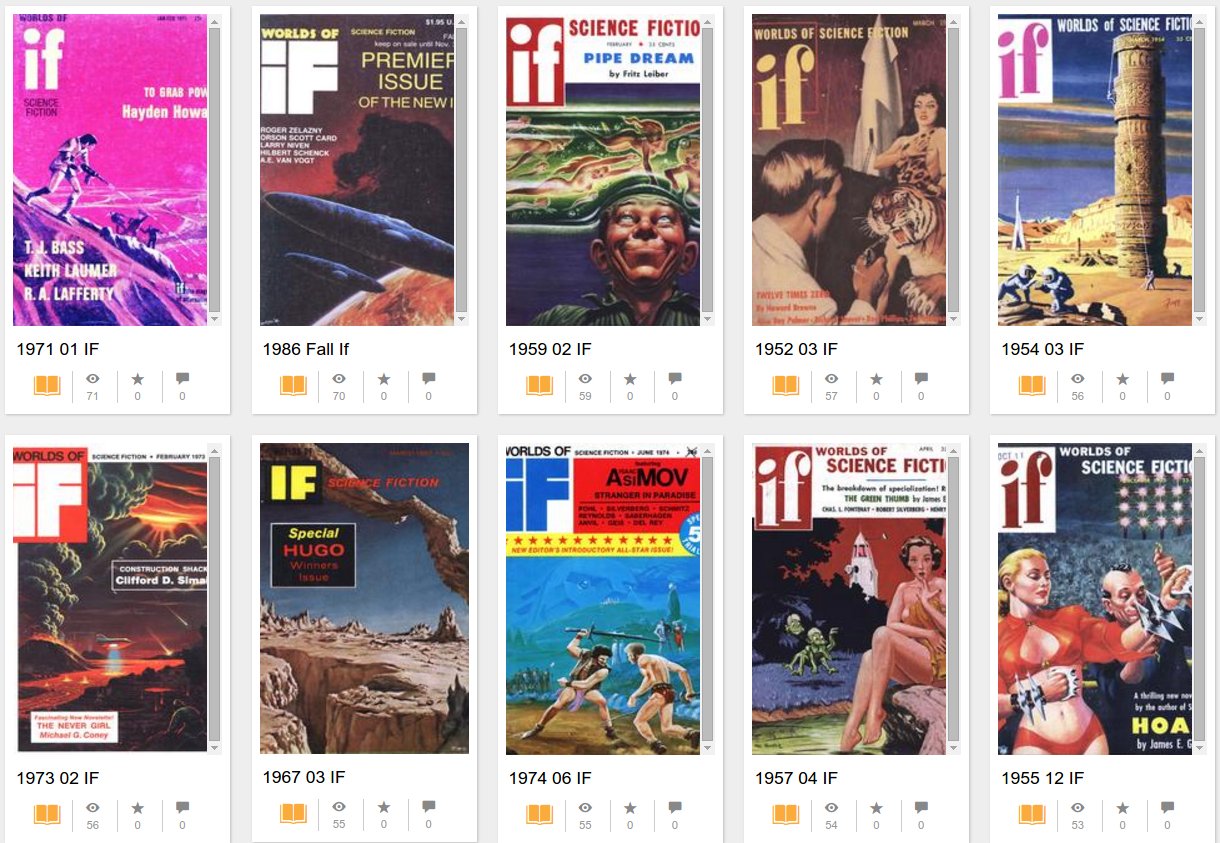 The Internet Archive's amazing Pulp Magazine Archive includes all 176 issues of If, a classic science fiction magazine that ran from 1952 to 1974.

Included in the collection are all of the issues edited by Frederik Pohl from 1966-68, three years that netted him three consecutive Best Editor Hugo awards. If's Pohl run included signficant stories by Larry Niven, Harlan Ellison, Samuel Delany, Alexei Panshin and Gene Wolfe; it was the serialized home of such Heinlein novels as The Moon is a Harsh Mistress, as well as Laumer's Retief stories and Saberhagen's Berserker stories.