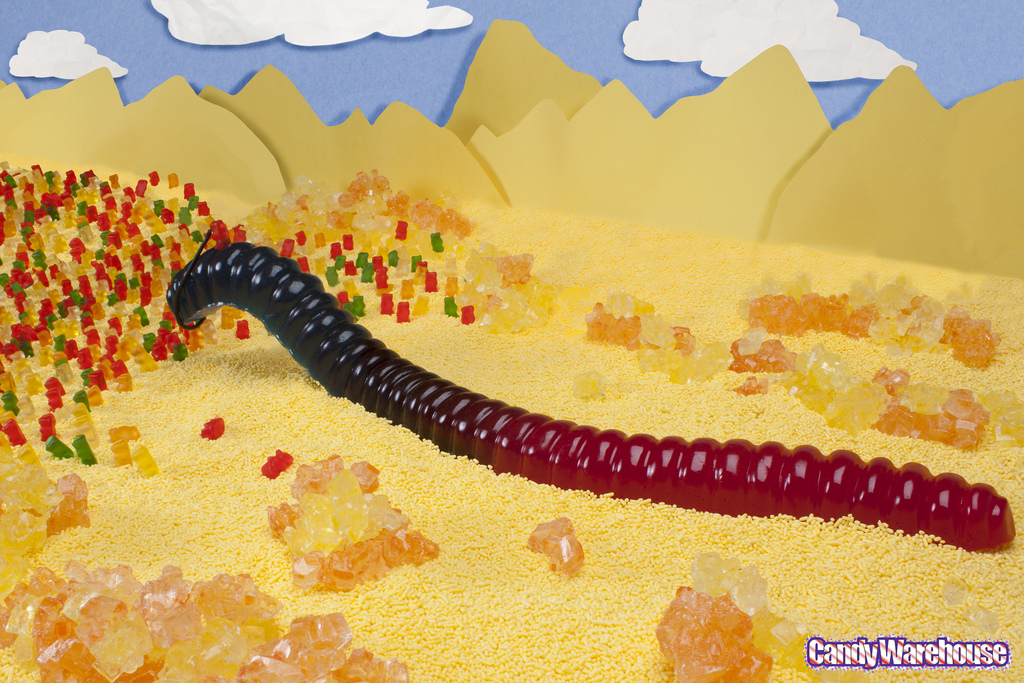 "Crafted from a 2-foot-long gummy worm, Haribo gummy bears, black licorice string, yellow sprinkles, and rock candy crystals! A scene from the great science fiction novel Dune by Frank Herbert. Here we see the giant gummy worm on the desert planet of Arrakis. Ridden by the powerful gummy bear Paul Atreides as he seeks to control the prescious "spice" melange, which gives those who ingest it extended life and some prescient awareness. Muad'Dib!"

On Good Morning America today, Ozzy Osbourne described 2019 as the “worst, longest, most painful, miserable year of my life” and revealed that he is suffering from a type of Parkinson’s disease. From Gil Kaufman’s report in Billboard: “It wasn’t really a problem for a long while,” Osbourne says of why he waited so long […]