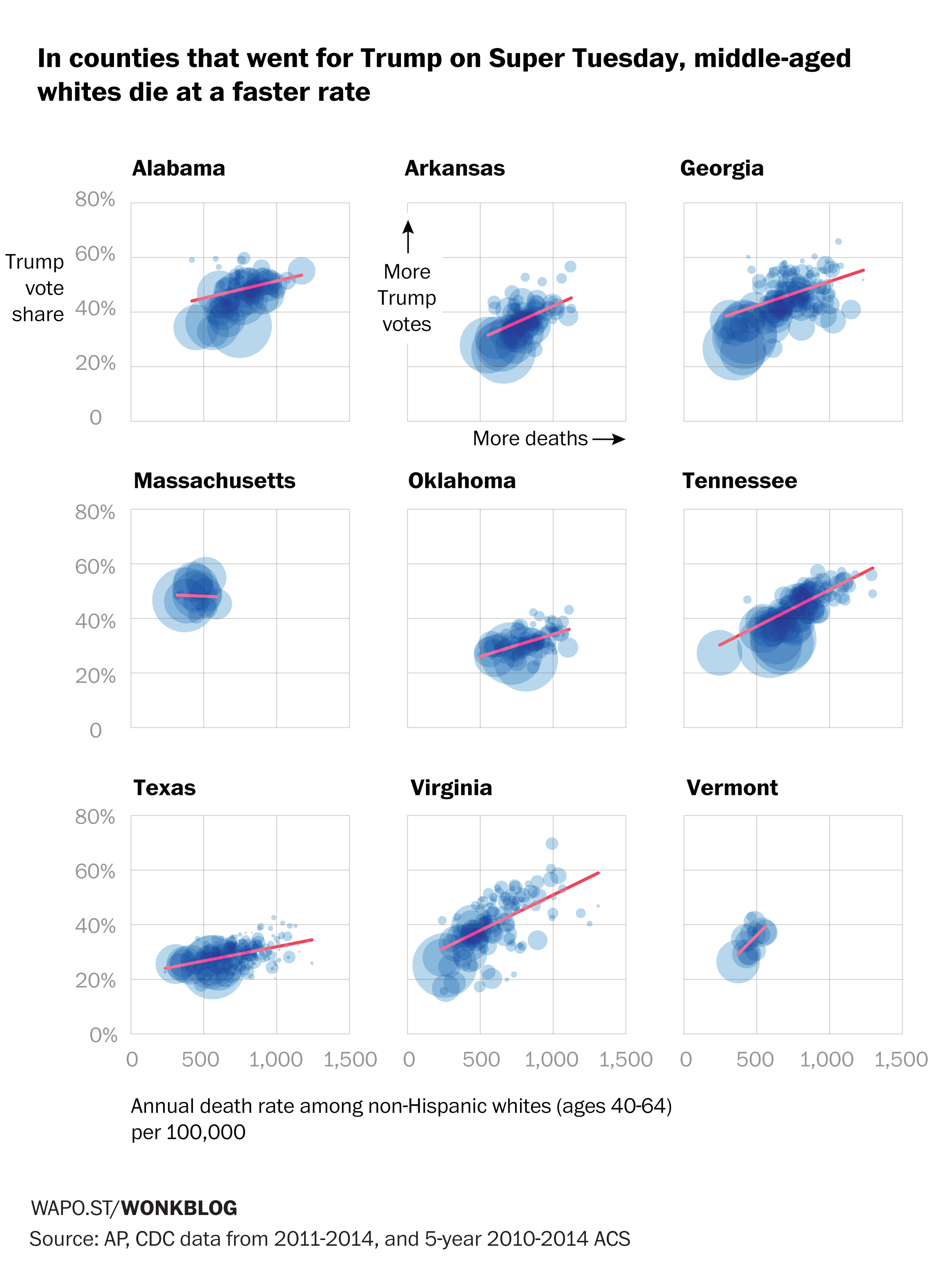 Wonkblog runs the numbers on the counties with the strongest support for Trump and finds that the typical Trump supporter is likely to live in a place with higher-than-normal mortality for whites (middle-aged white mortality has been increasing since the 1990s at a rate unseen in the developed world since the collapse of the Soviet Union), lower-than-usual rates of university eduction, higher-than-normal rates of unemployment, where manufacturing jobs have vanished due to offshoring.

The rising middle-aged white mortality is driven by a combination of factors: increased rates of disease and ill health, increased drug overdose and abuse, and suicide are all blamed for it.

Three other characteristics stood out as highly statistically significant:

1. The fraction of people with bachelor's degrees. All else held equal — including the death rates — places where people were more educated were less likely to vote for Trump. This effect was large. About a seven percentage-point increase in the fraction of people with BAs (the difference between the 75th and 25th percentiles) predicts about a four to five percentage point decrease in Trump's vote share. In other words, more educated counties don't vote Trump. (They tend to vote Rubio, polls show.)

2. The fraction of people in the county who are working. After controlling for other factors, the percentage of people with jobs was a significant predictor of the Trump vote share. If an additional 12 percent of adults had jobs (which is roughly the gap between the 75th and 25th percentiles), Trump would have lost about two percentage points of the vote in the primaries.

3. The decline in manufacturing. In the early 2000s, increased trade with China delivered another whammy to American manufacturers. The data show that the places that lost a lot of manufacturing jobs since 1999 were also more likely to vote for Trump on Super Tuesday.

The data deliver a clear message: Economic distress in many parts of the country is driving voters toward Donald Trump. But there remains this mystery about white death rates.