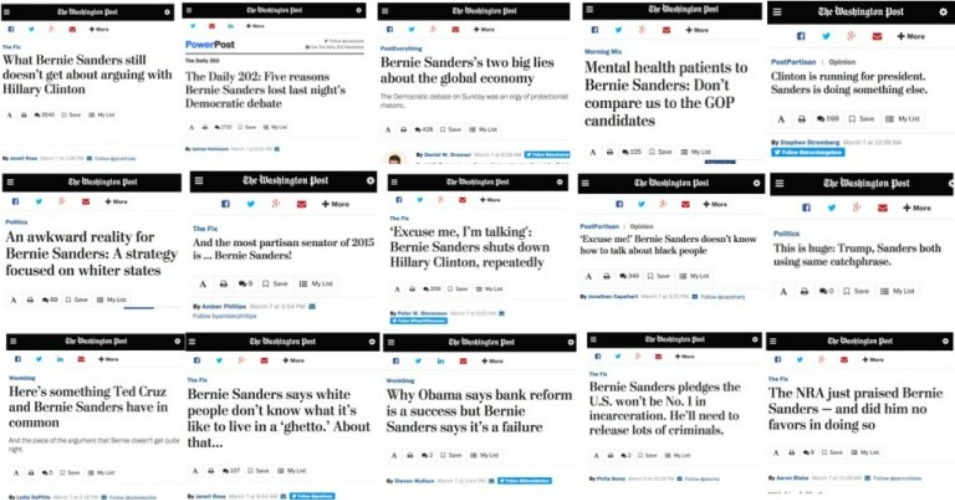 Of course, they also ran two neutral ones during that period, so I suppose it all balances out -- it's not like he's raising more money, from more Americans, than any other candidate in history. Oh, wait.

All of these posts paint his candidacy in a negative light, mainly by advancing the narrative that he’s a clueless white man incapable of winning over people of color or speaking to women. Even the one article about Sanders beating Trump implies this is somehow a surprise—despite the fact that Sanders consistently out-polls Hillary Clinton against the New York businessman.

There were two posts in this time frame that one could consider neutral: “These Academics Say Bernie Sanders’ College Plan Will Be a Boon for African-American Students, Will It?” and “Democratic Debate: Clinton, Sanders Spar Over Fracking, Gun Control, Trade and Jobs.” None could be read as positive.