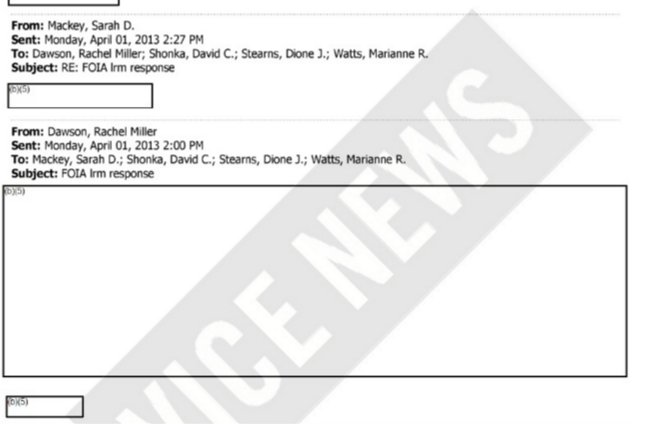 The Obama administration declared itself to be the "most transparent administration in history," but a lawsuit under the Freedom of Information Act reveals that Obama's Justice Department worked tirelessly behind the scenes to kill any chance of increased Freedom of Information Act access to governments at all levels, from lobbying Congress to kill FOIA reform to urging other administrative agencies to obstruct FOIA requests.

Ironically, the details of this secret war on transparency only came to light after Vice and the Freedom of the Press Foundation successfully sued the DoJ for access to documents detailing the administration's sabotage of The FOIA Oversight and Implementation Act of 2014, which passed the House unanimously, 410-0, but died when Boehner, lobbied by Obama's DoJ, FTC and SEC, refused to bring it up for a final vote. In so doing, Boehner helped the Obama administration hide the critical details of the bailout deal from public scrutiny.

Meanwhile, the DoJ continued to assess itself for its own transparency, issuing glowing report-cards on its own conduct that declared it to be transparent, even as it was frivolously denying FOIA requests and forcing those making them to sue it for basic access to public records.

Last year, in testimony before the House Oversight and Government Reform Committee, Melanie Pustay, who heads the DOJ's Office of Information Policy (OIP), which is supposed to ensure that all government agencies adhere to Holder's guidelines, told lawmakers that the DOJ is doing a great job with FOIA. She graded the agency five out five on "presumption of openness."

"Five out of five, on an effective system in place for responding. Proactive disclosure. Are you kidding me?" Committee Chairman Jason Chaffetz asked Pustay. "The Department of Justice gives themselves a five out of five on proactive disclosure. You really think anybody in the world believes the Department of Justice is the most — they're at the top of their game, they got an A-plus, five for five? Do you really believe that?"