Who Is the Republican Monster? (Trump. It's Trump.) 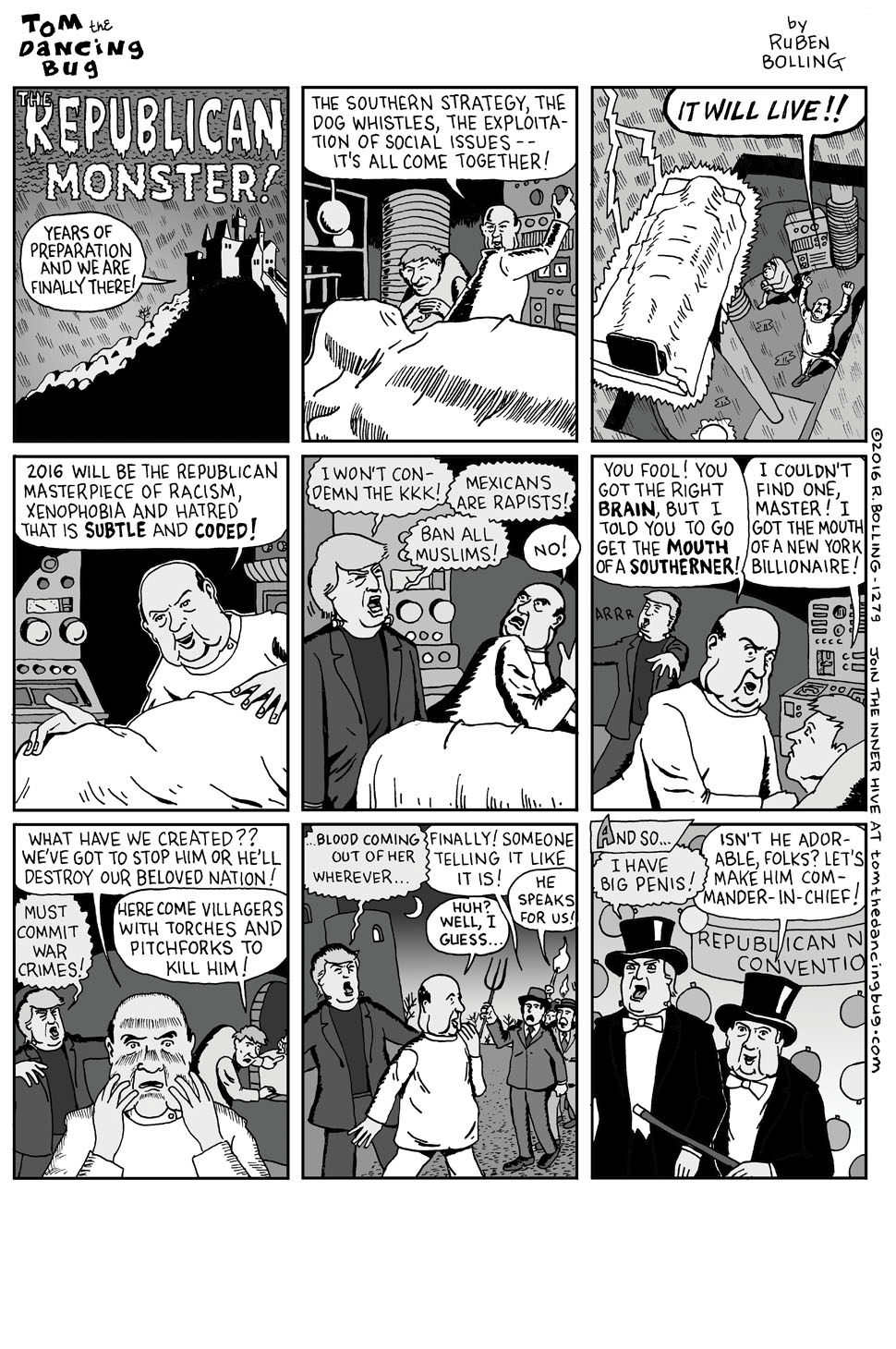 Tom the Dancing Bug, IN WHICH the Republicans create a monster that turns on its master. With apologies to Mary Shelley, Boris Karloff and Mel Brooks.