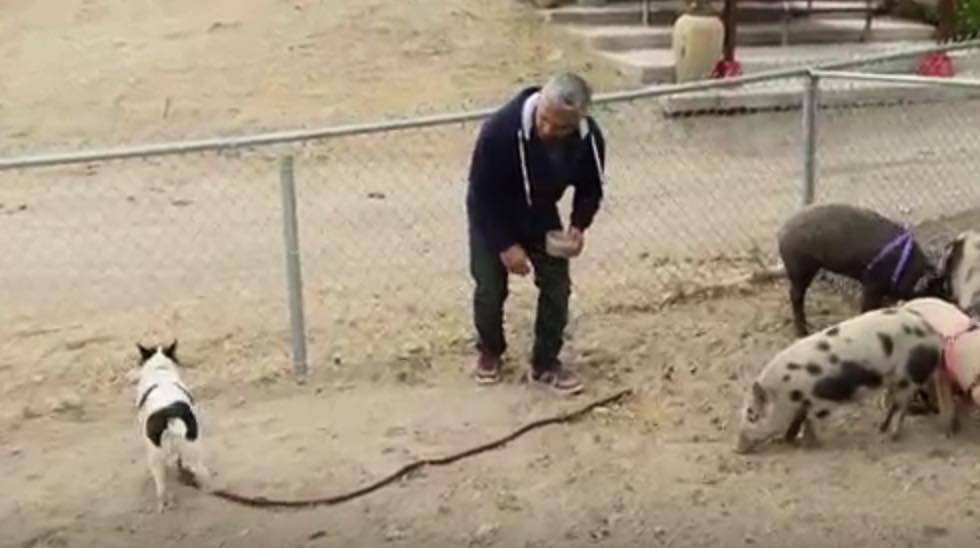 Cesar Millan has dedicated his life to helping dogs and to showing how even the most difficult "problem dog" can be rescued and rehabilitated. In a recent episode of the Nat Geo WILD series Cesar 911, Cesar works with an aggressive French bulldog/terrier mix named Simon, who has a history of attacking other animals, including his owner's pet pot-bellied pigs. A short clip from the episode was shared online and showed Simon chasing a pig and nipping its ear, causing the ear to bleed. The clip caused some concern for viewers who did not see or understand the full context of the encounter.

We have included an additional clip from the same episode [embedded above]. Cesar has created a safe and controlled environment at his Dog Psychology Center (DPC) in California in which to rehabilitate some of the most extreme—or "red zone"—cases of dog aggression, such as Simon's. It is important to clarify that Cesar took precautions, such as putting Simon on a long lead to assess his behavior, before making initial corrections and removing the leash. The pig that was nipped by Simon was tended to immediately afterward, healed quickly and showed no lasting signs of distress. As the additional clip reveals, Cesar and his animal pack effectively helped Simon to overcome his aggressive behavior toward other animals; as a result, Simon did not have to be separated from his owner or euthanized.

Cesar Millan is and will continue to fully cooperate with authorities in ‎any investigation. He is confident that the investigation will show there was no wrong doing.