In 1858 the Catholic Church seized a 6-year-old boy from his Jewish family. 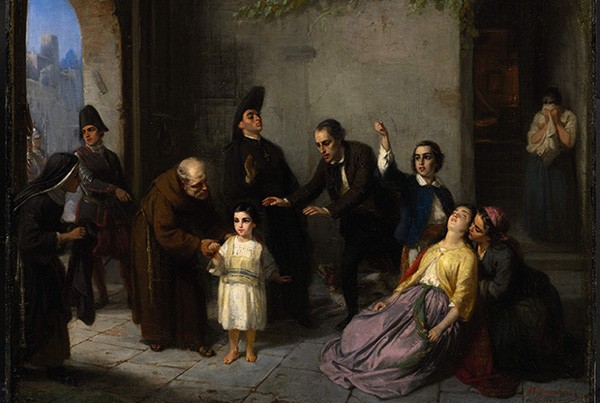 On June 23, 1858, the Catholic Church removed 6-year-old Edgardo Mortara from his parents' home in Bologna. The reason they gave was surprising: The Mortaras were Jewish, and Edgardo had been secretly baptized. In this week's episode of the Futility Closet podcast we'll tell the story of little Edgardo and learn how his family's plight shaped the course of Italian history.