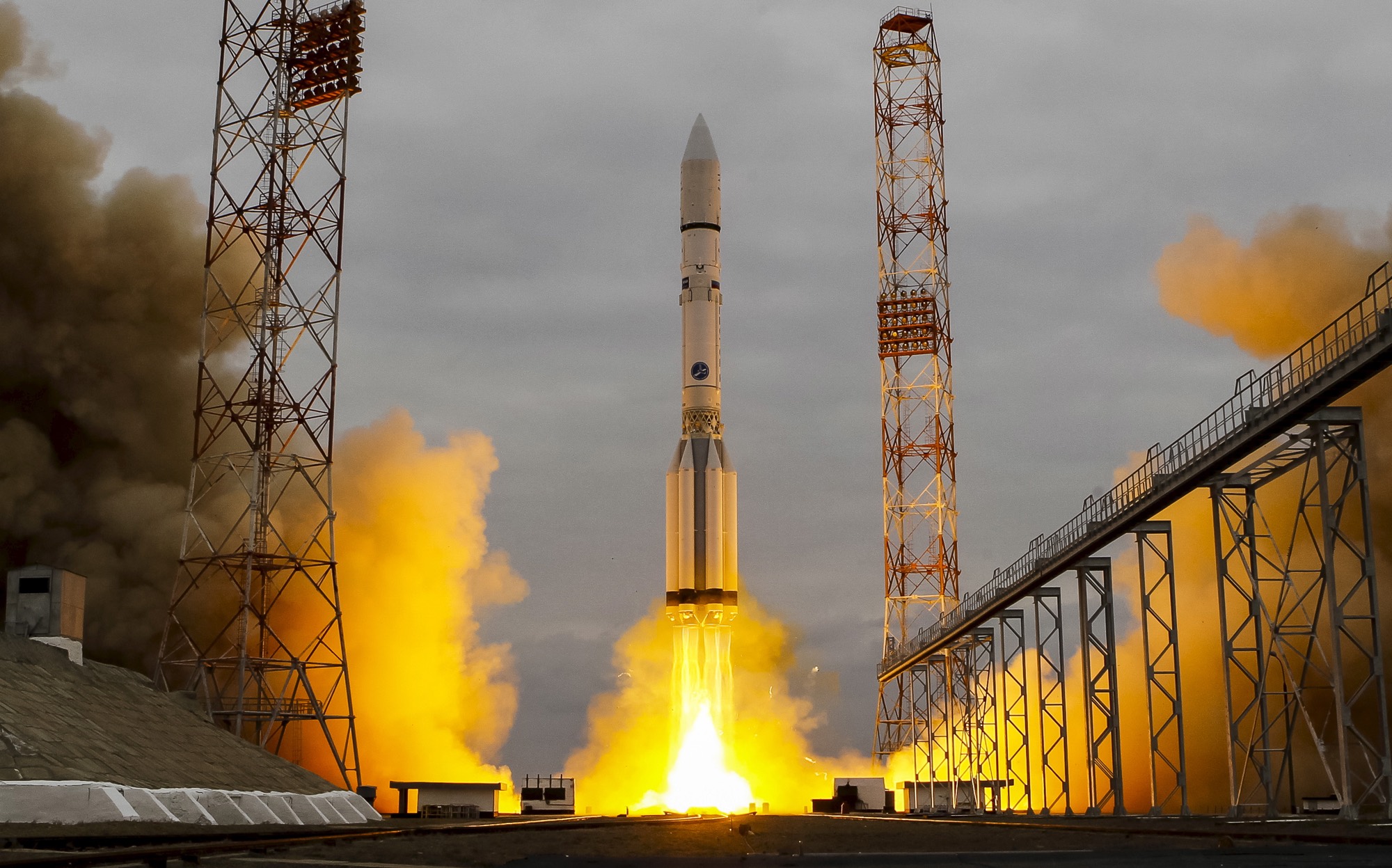 A European-Russian spacecraft headed out from our humble little planet to space today, in search for life on Mars.

"Why are we so interested in Mars? We are trying to understand how life originated in our solar system," Pascale Ehrenfreund, chair of German space agency DLR's executive board, said at a launch event held by the European Space Agency.

"I'm sure in 20 years or 30 years the moment will come when humans will go to the planet," Thomas Reiter, director of Human Spaceflight and Robotic Exploration at the European agency, said.

In the photos shown here and shot earlier today, the Proton-M rocket which will carry the ExoMars 2016 spacecraft to Mars blasts off from the launchpad at the Baikonur cosmodrome, Kazakhstan.

The spacecraft, which consists of an orbiter that will measure methane and other gases in the Martian atmosphere and a lander that will study dust storms, lifted off at 3:31 p.m. local time on top of a Russian Proton rocket. The European Space Agency broadcast the launch online. A series of burns by an upper-stage engine was expected to send ExoMars out of Earth’s orbit and toward a path to Mars. The spacecraft is expected to arrive in October

More on the ExoMars space probe at SpaceFlightNow.