The Trump Monster on the Loose 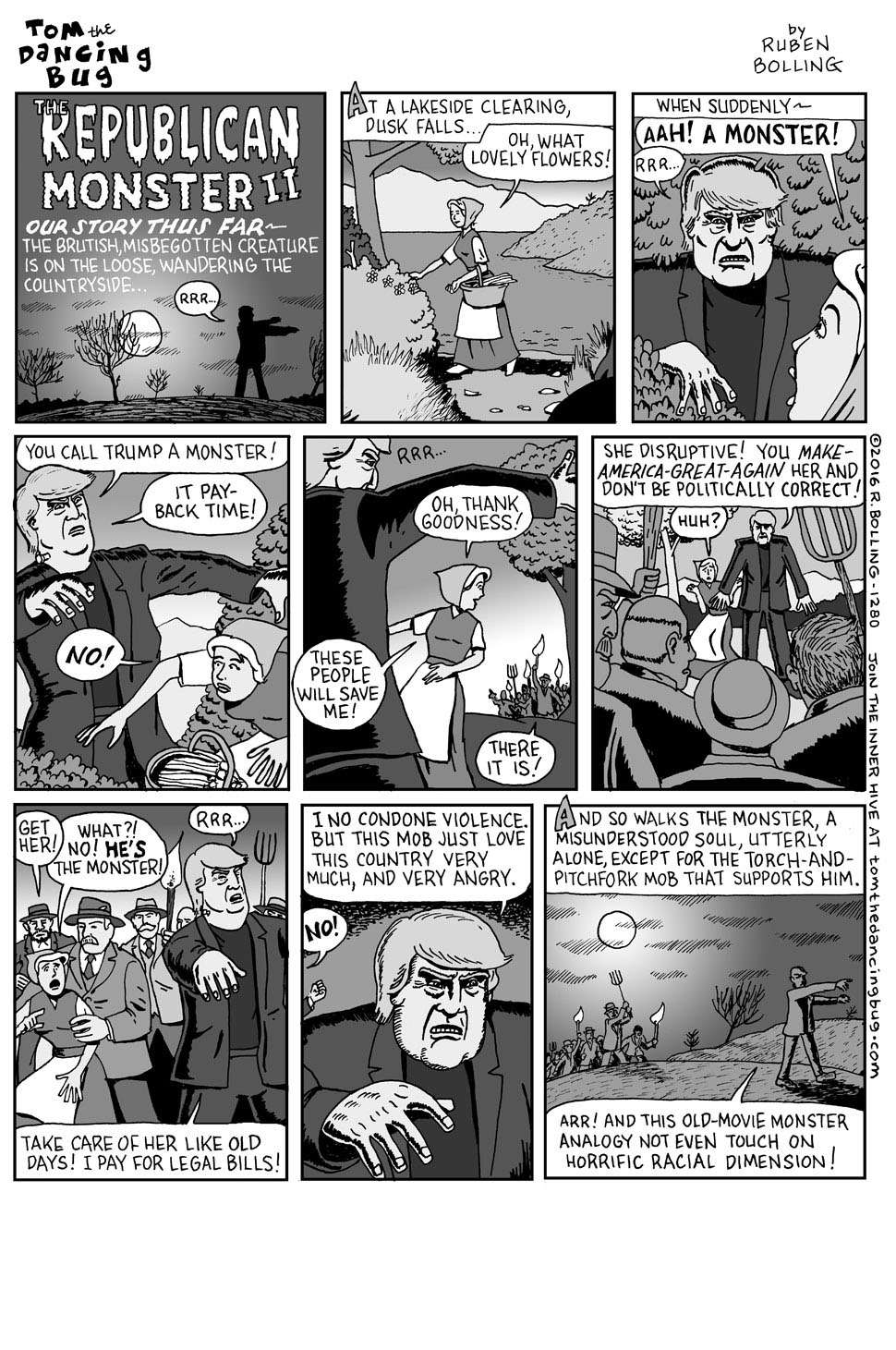 Tom the Dancing Bug, IN WHICH the hideous abomination created by the Republicans' hubristic pursuit of power wanders the countryside, wreaking havoc.