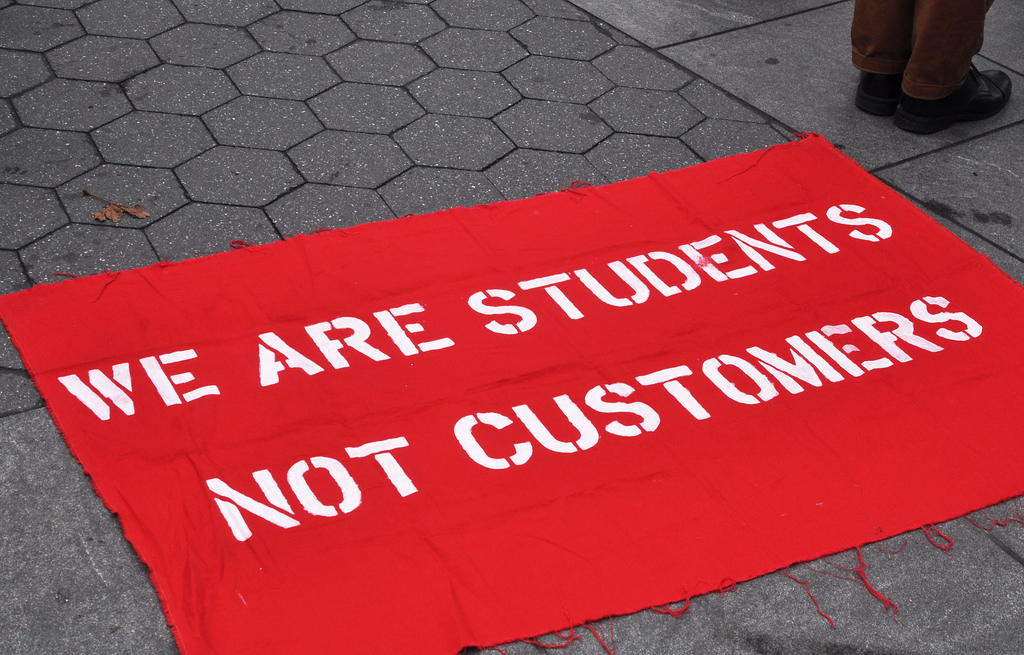 The latest figures on government-backed student loans are in, and with them, the news that the US government took $176 million out of ex-students paychecks and Social Security in the last three months of 2015.

That's up $6M from the previous three months.

In addition, ex-students who'd gotten behind on their payments coughed up $1.7B in "rehabilitation" payments and $82.9 in "voluntary" payments.

2015 saw more than a million student borrowers enter "delinquency" on their debts, and most of these borrowers had entered delinquency at least once before.

It paints a picture of millions of Americans struggling with debts from the most expensive post-secondary system in the world, a system whose costs have ballooned even as payments to teaching staff and job prospects for grads have shrunk.

Chris Hicks, an independent researcher who focuses on student debt, tells MarketWatch that the amount of money being taken from borrowers’ paychecks is “horrifying.”

“These are people who can’t afford to pay their student loans and they’ve garnished $176 million in three months from them,” Hicks said. “You have to wonder what conditions people are living in when they’re seeing that much of their wages garnished.”