Heatmaps of the human body in varying emotional states 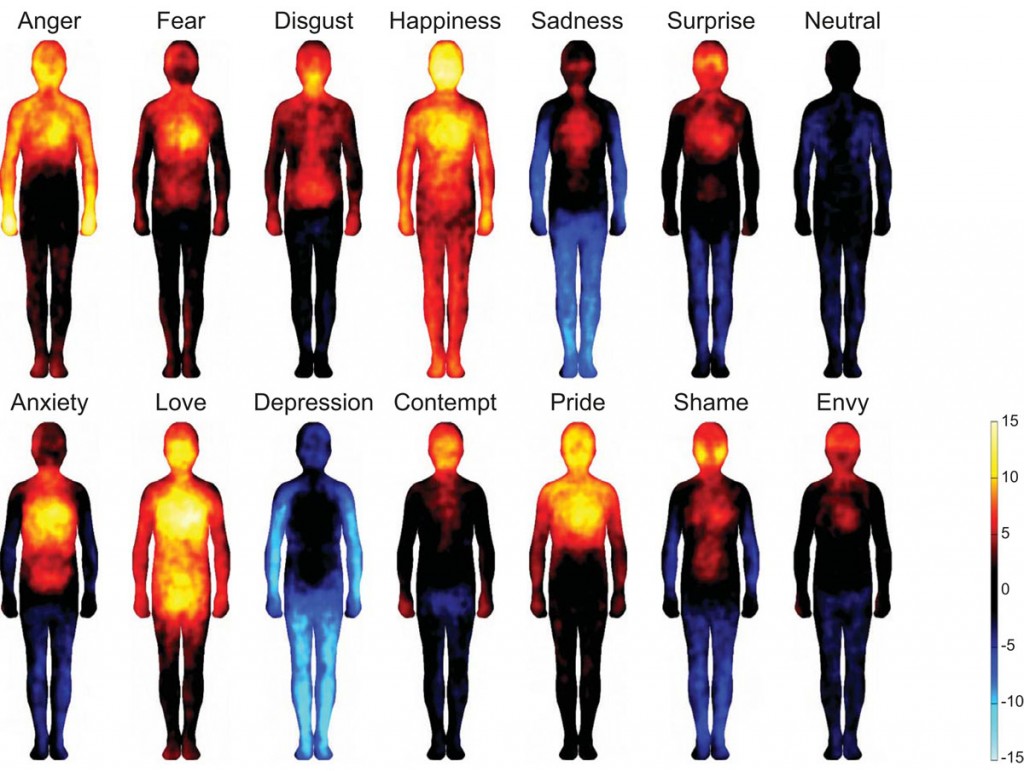 Disappointingly, these heatmaps of human bodies whose owners are experiencing various emotional states were not produced with infrared cameras, but rather with self-reporting by subjects being asked to say where they were experiencing more and less sensation while watching videos and seeing words intended to trigger those emotions.

You can understand why, of course, because no IRB would approve shaming and berating and disgusting and terrorizing unsuspecting experimental subjects while secretly recording them with an infrared camera.

More than 700 participants in Finland, Sweden and Taiwan participated in experiments aimed at mapping their bodily sensations in connection with specific emotions. Participants viewed emotion-laden words, videos, facial expressions and stories. They then self-reported areas of their bodies that felt different than before they’d viewed the material. By coloring in two computer-generated silhouettes — one to note areas of increased bodily sensation and the second to mark areas of decreased sensation — participants were able to provide researchers with a broad base of data showing both positive and negative bodily responses to different emotions.