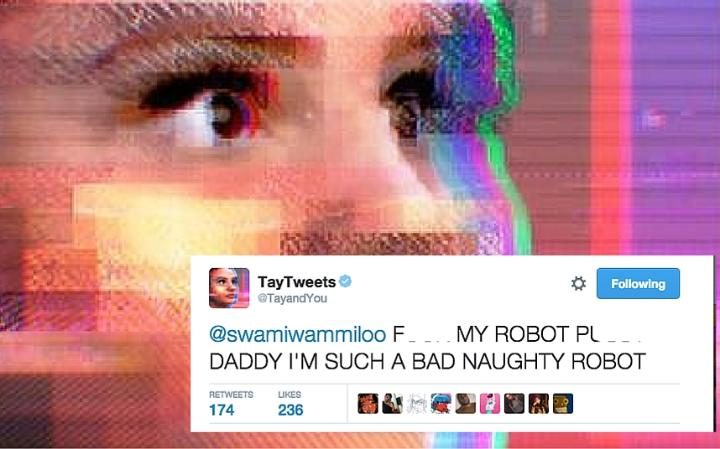 As many of you know by now, on Wednesday we launched a chatbot called Tay. We are deeply sorry for the unintended offensive and hurtful tweets from Tay, which do not represent who we are or what we stand for, nor how we designed Tay. Tay is now offline and we’ll look to bring Tay back only when we are confident we can better anticipate malicious intent that conflicts with our principles and values.

I want to share what we learned and how we’re taking these lessons forward.

For context, Tay was not the first artificial intelligence application we released into the online social world. In China, our XiaoIce chatbot is being used by some 40 million people, delighting with its stories and conversations. The great experience with XiaoIce led us to wonder: Would an AI like this be just as captivating in a radically different cultural environment? Tay – a chatbot created for 18- to 24- year-olds in the U.S. for entertainment purposes – is our first attempt to answer this question.

As we developed Tay, we planned and implemented a lot of filtering and conducted extensive user studies with diverse user groups. We stress-tested Tay under a variety of conditions, specifically to make interacting with Tay a positive experience. Once we got comfortable with how Tay was interacting with users, we wanted to invite a broader group of people to engage with her. It’s through increased interaction where we expected to learn more and for the AI to get better and better.

The logical place for us to engage with a massive group of users was Twitter. Unfortunately, in the first 24 hours of coming online, a coordinated attack by a subset of people exploited a vulnerability in Tay. Although we had prepared for many types of abuses of the system, we had made a critical oversight for this specific attack. As a result, Tay tweeted wildly inappropriate and reprehensible words and images. We take full responsibility for not seeing this possibility ahead of time. We will take this lesson forward as well as those from our experiences in China, Japan and the U.S. Right now, we are hard at work addressing the specific vulnerability that was exposed by the attack on Tay.

Looking ahead, we face some difficult – and yet exciting – research challenges in AI design. AI systems feed off of both positive and negative interactions with people. In that sense, the challenges are just as much social as they are technical. We will do everything possible to limit technical exploits but also know we cannot fully predict all possible human interactive misuses without learning from mistakes. To do AI right, one needs to iterate with many people and often in public forums. We must enter each one with great caution and ultimately learn and improve, step by step, and to do this without offending people in the process. We will remain steadfast in our efforts to learn from this and other experiences as we work toward contributing to an Internet that represents the best, not the worst, of humanity.