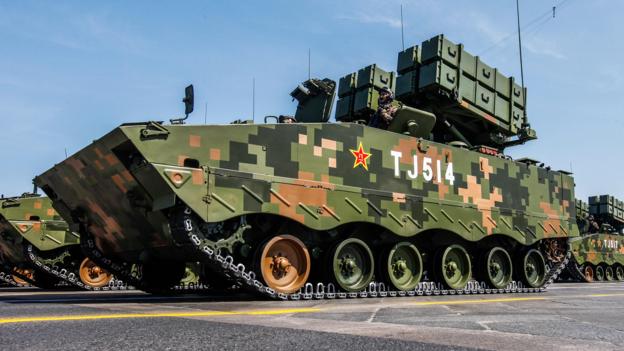 The BBC reports on China's use of a "digital camo"—a pixelated look believed to offer superior concealment than traditional patterns—so exaggerated it resembles the video game Minecraft. (The United States deployed a less aggressive digital camo, but is phasing it out.)

Running Minecraft on a working virtual PC inside of Minecraft

it works. pic.twitter.com/cMCJgenfSH — naku 🏖 (@miskeeping) July 27, 2020 Yes, you can use a mod for open-source virtual machine software VirtualBox to build a working virtual PC running Windows 95 inside of Minecraft to play Doom. “Within Minecraft you simply place a PC case block and then use it to create virtual hard drives […]