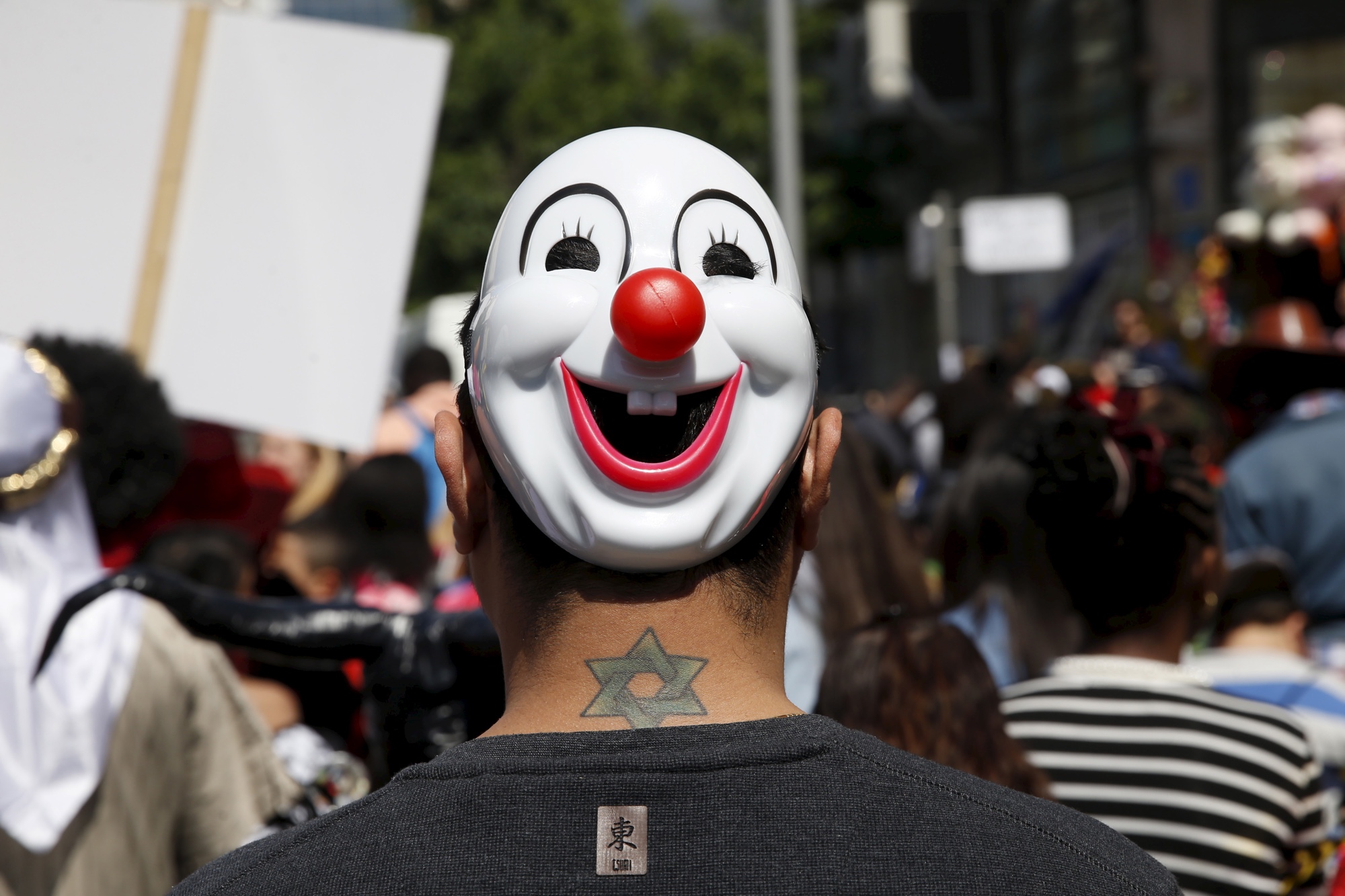 A man wearing a mask takes part in a parade marking the Jewish holiday of Purim outside the Bialik Rogozin school in Tel Aviv, Israel March 22, 2016.

At Bialik Rogozin, children of migrant workers and refugees are educated alongside native Israelis. Purim is a celebration of the Jews' salvation from genocide in ancient Persia, as recounted in the Book of Esther.