People tilt van to save woman trapped underneath 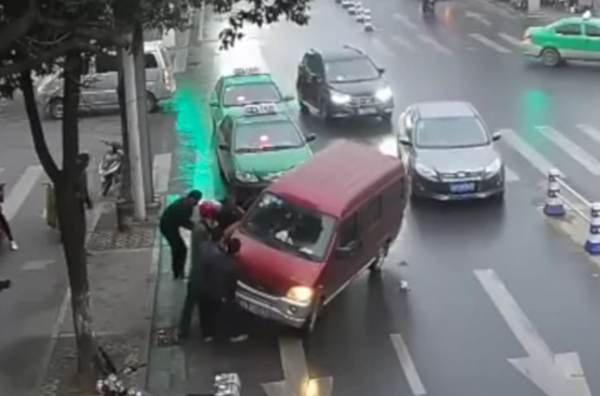 (I've started the above video at 7 seconds so you don't have to watch a woman get hit and run over by a van.)

From CCTV News in China, a video about the rescue of a woman who was trapped under a van after it ran her over. Passersby ran to her aid, tilting the van so she could be removed. According to the CCTV, the woman escaped with minor injuries, which is remarkable because the first 7 seconds of this video are brutal.