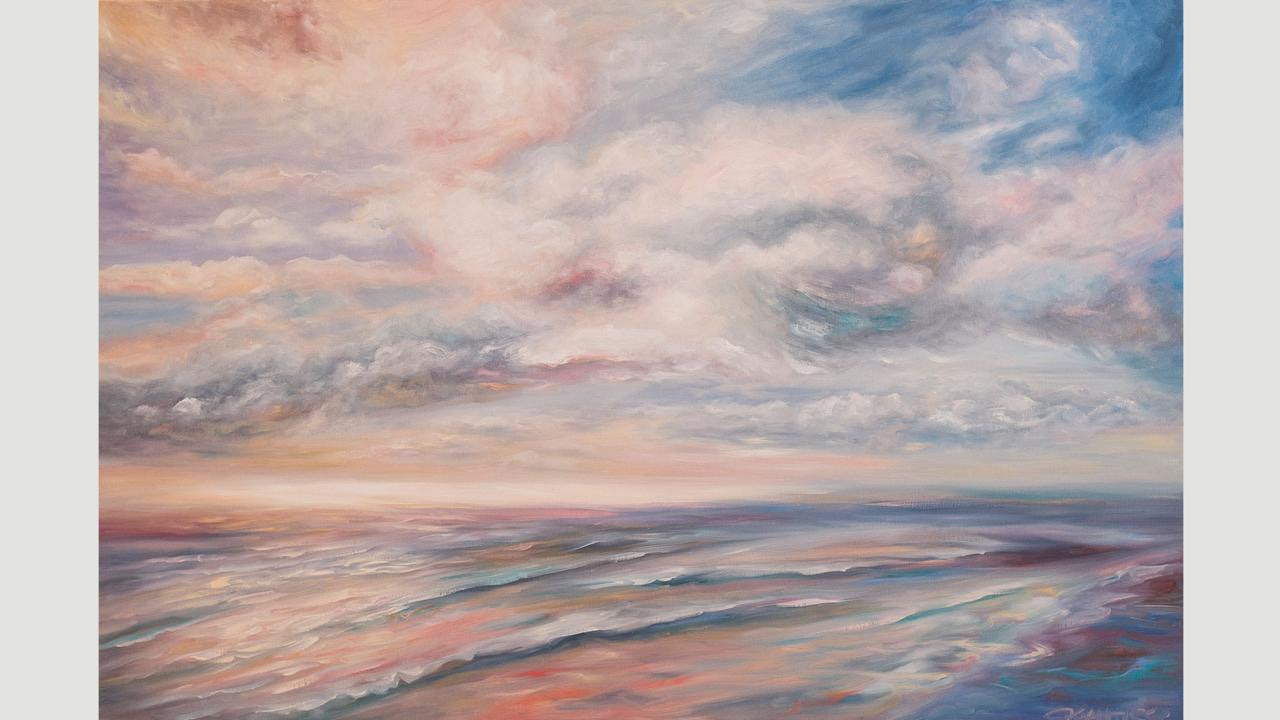 Concetta Antico, who made the paintings above and below, is an artist known for being a tetrachromat, meaning a genetic difference in her eyes enables her to see approximately 100 times more colors than an average person. "I see colors you cannot perceive or imagine," Antico says. (Previous BB posts about Antico here and here.)


While the vast majority of peoples' eyes contain three kinds of cone sensitive to different wavelengths of light, tetrachromats have four. Apparently the genetic difference isn't very rare, but only a tiny fraction of those who have it actually develop unique perception. Why? UC Irvine researcher Kimberly Jameson and University of Nevada's Alissa Winkler studied Antico, another tetrachromat, and an artist with regular vision. From David Robson's article at BBC Future:

The experiment tested the participants’ sensitivity to different levels of "luminance! at certain wavelengths of light; put simply, with Antico’s eye’s extra cone, she should be picking up more light, meaning that she could see very subtle differences in the brightness of certain shades. Sure enough, Antico proved to be more sensitive than the average person, particularly when looking at reddish tones – a finding that perfectly matched the predictions from her genetic test.

As Jameson had suspected, Antico also performed much better than the other potential tetrachromat who was not an artist – supporting the idea that her colour training had been crucial for the development of her abilities.


Using these results, Jameson then reconstructed some photos to give us a better idea of the way the world may look to Antico. Although it would be impossible to recreate the exact picture she sees, the photos highlight which areas would be most sensitive to Antico; in the scene above, for instance, the highlighted patches show the areas most affected by her tetrachromacy. When I ask her what the scene would look like in her eyes, she says the hillsides are orangey pink, while there tends to be a lot of violet in the deadwood. Grass, she says, is iridescent, and the bushes are “bright orange yellow olive green”.
“Now I have a whole new appreciation of what everybody else is not seeing,” she says. “It’s very shocking to me. Even when I found out I had tetrachromacy, I didn’t understand the extent of the differences in what I’m seeing and what regular folks are seeing.”

More at the BBC.