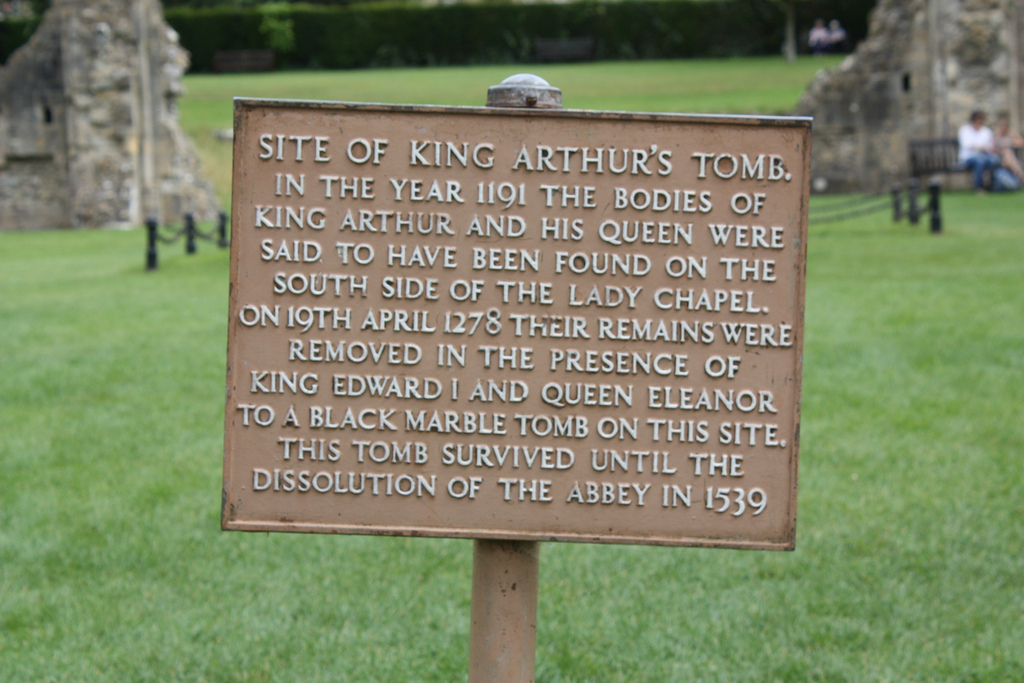 Since the 12th century -- and up to this very day -- tourists venture to Somerset's Glastonbury Abbey to see the grave of King Arthur and Queen Guinevere, allegedly buried in the churchyard by 12th century monks who discovered their skeletons in an underground tree-trunk.

The monks were lying.

They had been panicked by the prospect of the waning of their abbey, which had gone from strength to strength as a center for pilgrimages and commerce when it went from being a major glassworks (melting down Roman glass) to the wealthiest monastery in England to the jewel of the Norman conquerors' crown, to a burned-out hulk after a disastrous fire.

The monks feared that the modish crowd would become accustomed to visiting the newfangled Westminster Abbey in stupid old London by the time they got their smoldering rubble rebuilt into a new church, so they invented the grave of a possibly fictional king and queen to get the tourists to come by and spend a penny.

With England going crazy for Geoffrey's tales of Arthur, it was a perfect time for the monks to claim a part of that history. Glastonbury was an ancient site—indeed, even Gilchrist confirms that it originated in the fifth century, when Arthur allegedly lived. People bought the idea, and Arthur's grave soon became a lucrative attraction.

As late as the 1950s, archaeologist Ralegh Radford believed that Arthur had been buried there. But Gilchrist told Urbanus that "Radford may have exaggerated his evidence. Reassessment of his excavation records shows that this was merely a pit in a cemetery, dating to sometime between the eleventh and fifteenth centuries.”