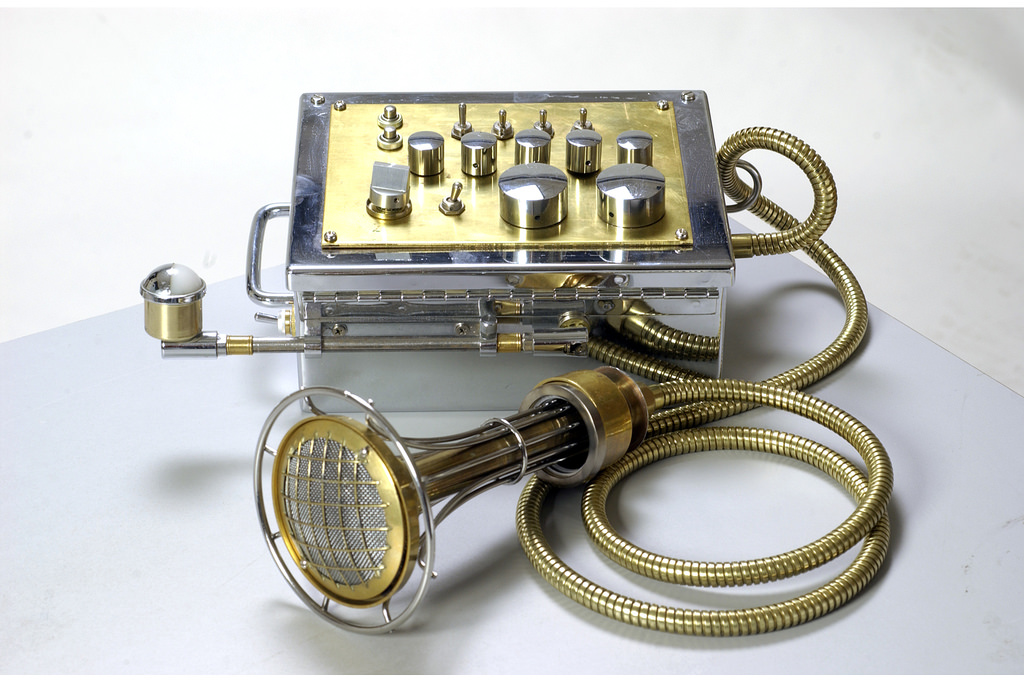 Maddscientist39110 is a sculptor and electronic artist who creates beautiful, functional, and, above all, improbable synthesizers and lamps (and such) out of shiny metal and found objects.

this is a sculpture that produces electronic synthesiser sounds and precussion. I used to see the old photographs on the old ww1 submarines and the "talking tubes" that connected the various areas of the submarine.