Photos from Bring Your Own Bigwheel 16 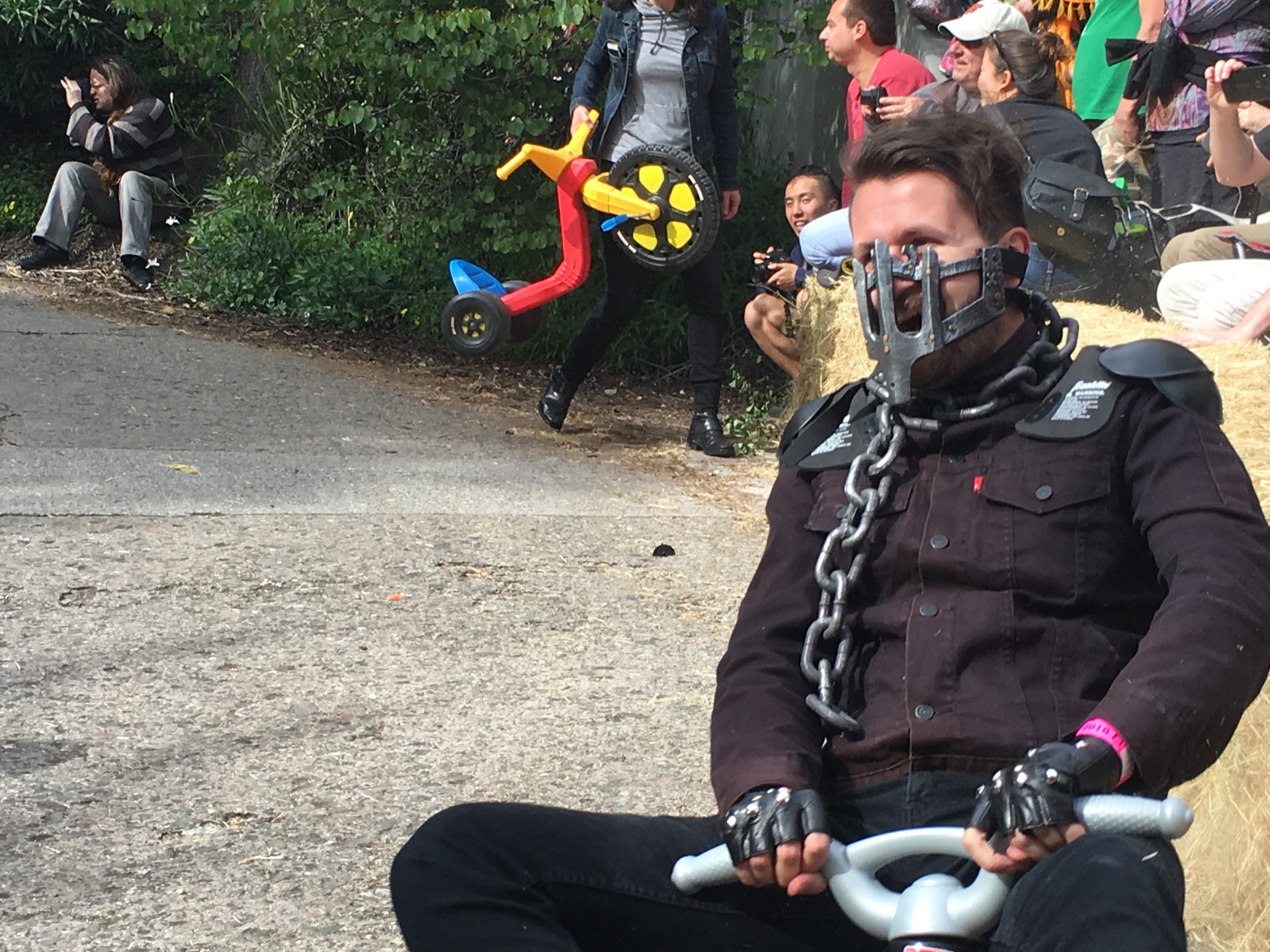 Fill in the registration form and agree to the code of conduct and you can participate in San Francisco's annual Bring Your Own Bigwheel race.

JWZ attended the event's sweet 16 this year and posted a fabulous gallery of the best riders.

*
Safety first! Be aware of your surroundings and respect other riders and spectators and do your best to "do no harm."

*
Spectators should stay behind the curbs and hay bales and not cross the course during the event.

*
According to local law, all permitted events are non-smoking events. Understand that you can be cited for this offense.

*
Use of drugs and alcohol during the event and in the park and street closure is not allowed.

*
Show respect to the BYOBW crew who are running the event.

*
Pack out ALL the garbage you brought AND take your Big Wheel home. Do not leave your broken ride for us to deal with.

*
Use designated trash bags if they are available and USE THE PORTO-POTTIES, not the trees.

*
Be courteous to neighbors who need access to their homes during the event.