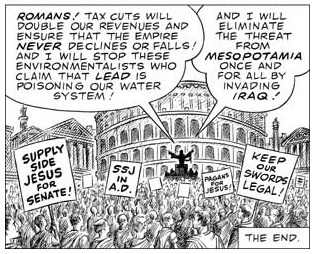 Sanders won an unprecedented six out of seven primaries in a streak that culminated with astounding, lopsided victories on Saturday night. MSNBC "covered" it by airing a couple of reality TV shows about life in prison, while CNN preferred to cover some breaking news about Jesus, who has been dead for at least 2,000 years, and who would have felt the Bern anyway.

As the saying goes, "If you're sick of all the talk about Bernie Sanders, just watch cable news -- they never mention him."

The networks cared so little for Saturday’s primary results that the Hawaii results, which in fairness came in around 2:30 am, were totaled by online volunteers and revealed to the public using a Google Doc.