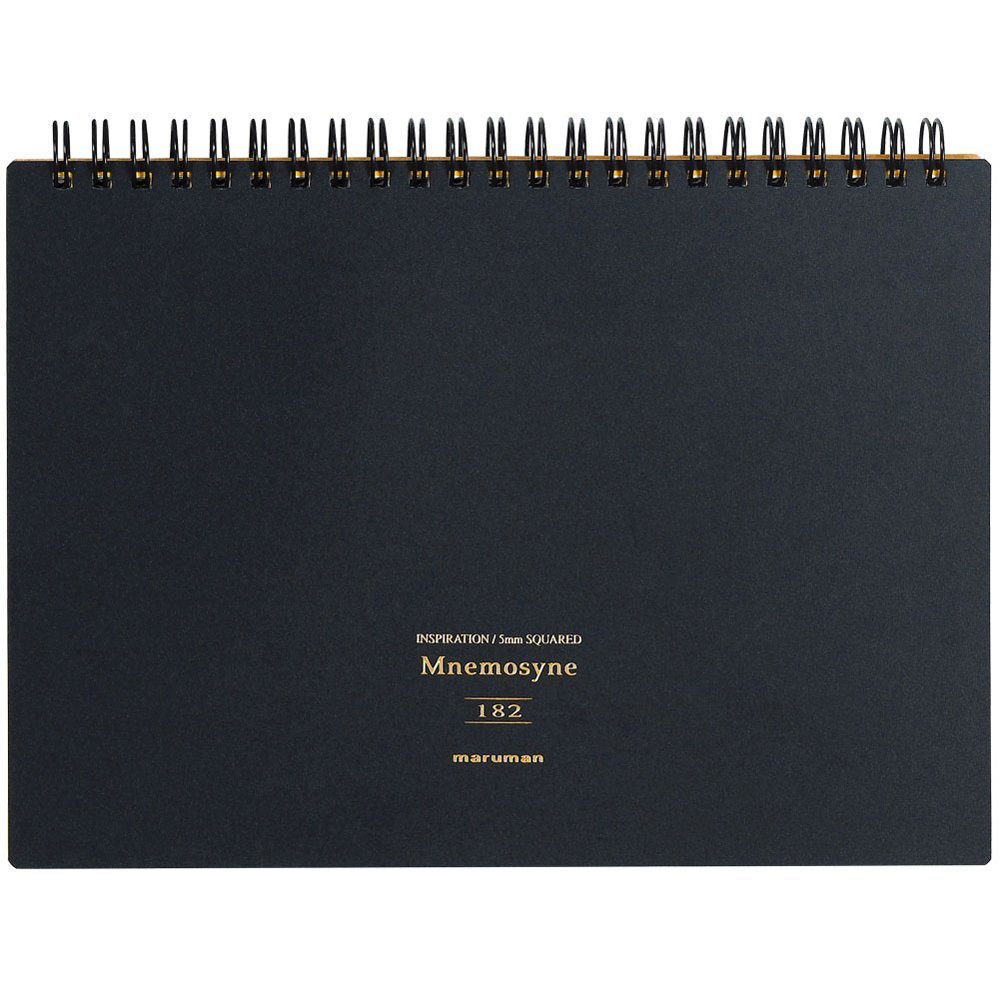 If you like to write with fountain pens, sketch with colored pencils or otherwise enjoy the physical art of writing, Maruman's Mnemosyne is my notebook favorite paper to write on. Quad ruling on paper just makes me feel good, a throw back to college I guess. This fantastic, top-bound and slightly smaller than B5 size notebook has both!

Fountain pen inks dry fast, don't bleed through, and all of my pens glide over this paper. The slightly warm, off-white of this paper is also super pleasing to the eye, and is wonderful to work on.