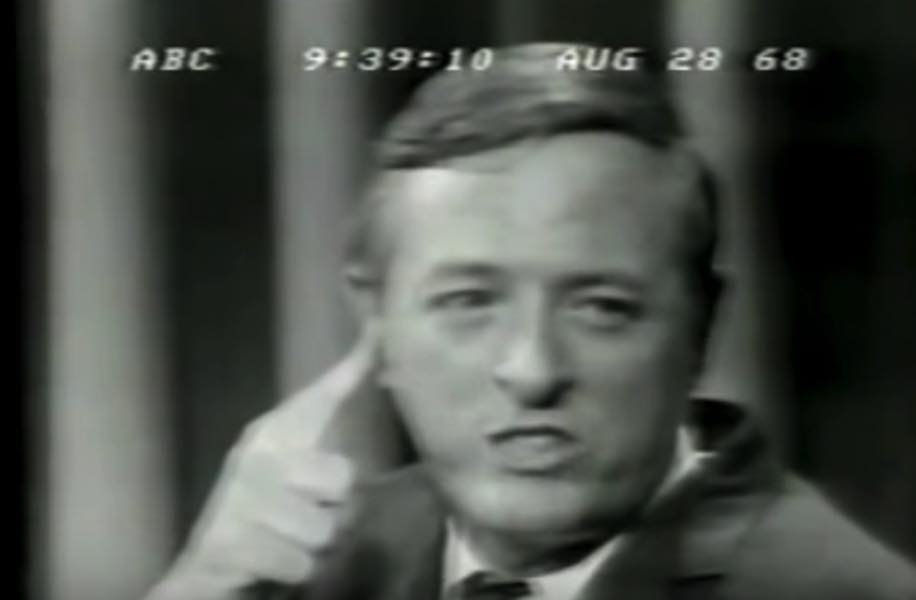 Like many right-wing commentators, Sean Hannity likes to invoke conservative legends such as William Buckley. But he doesn't actually know much about them, as demonstrated by this exchange on Twitter:

The "sock" line is, of course, Buckley's own. Here he is promising to plaster Gore Vidal after the latter mocked him as a "crypto-nazi":

"Now listen, you queer, stop calling me a crypto-nazi or I'll sock you in the goddamn face, and you'll stay plastered," said Buckley.

Hannity's a bit like Trump, in this respect: strangely, blithely ignorant of conservatism except as abstraction and ideal. Buckley, here, becomes a prop for Hannity's own dumb and joyless narcissism; far too boring to have ever been enjoyed alone.

Also, someone should introduce Hannity to punctuation.