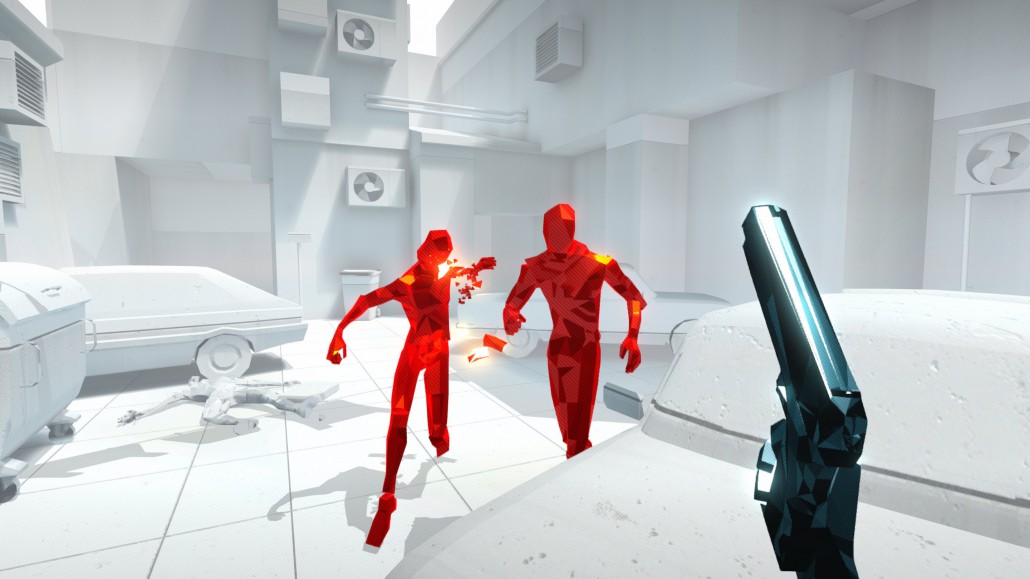 The best from the independent dev scene

In this Critical Distance digest, I'm bringing you three little collections of pieces published in the past week about some of the latest hit indie games. We'll be exploring action movie pacing, the awkwardness of interactivity, and how to make the familiar feel terrifying.

The release of Superhot has many reviewers drawing comparisons with action movies, not simply because of its violent content which directly draws on hit films, but because of the way that pacing and the gaze are used.

"Turns out there is a killer trick to creating hyper-violent entertainment: do the slow stuff fast, and the fast stuff slow."

Kitty Horrorshow's latest release Anatomy is inspiring thrilling discussions of the meaning and experience of a house.

Uninterpretative | Short on Games: January/February 2016
How Anatomy sees the house as a body

"The theory of houses espoused in Anatomy is of the house as body. The tapes tell the story of living room as heart, bathroom as digestive tract, bedroom as mind, and basement as subconscious."

ANATOMY Review Impressions | ZAM
Claris Cyarron looks at Anatomy from her perspective as an architect and game designer (full disclosure: Claris and I have a close professional and personal relationship).

Interesting discussions about Firewatch have continued apace weeks after its initial launch, with some critics starting to push beyond the "walking sim" label to look at how actions centered around technology provide tactility, as well as how some interactive elements undermine it.

How Firewatch hearkens back to relationships on the early internet | Gamasutra (Content warning: spoilers)
Kat Cross describes the interpersonal intimacy of Firewatch through the terms of another medium.

"Cibele takes on the online dimension of this phenomenon forthrightly, but Firewatch abstracts it away from even the mediating force of the Internet, instead exploring all the other ways we can have ineffable but meaningful contact with human life."

Firewatch Debrief | Experience Points: EXP Podcast #366:
How Firewatch uses the physicality and immediacy of videogames for storytelling
Bad Hands in Firewatch | Pippin Barr
Pippin Barr offers an amusing critique that seems to have been missed in most writing on it so far (note, I'm sure the problem raised is a technical issue that will be patched in future, but I like this narrativist reading of its effect on the experience.)

If that hasn't sated your thirst for great discussions on games, check out the Critical Distance website to find the full-length roundup, our podcast on neglected games which you should not miss, and more.