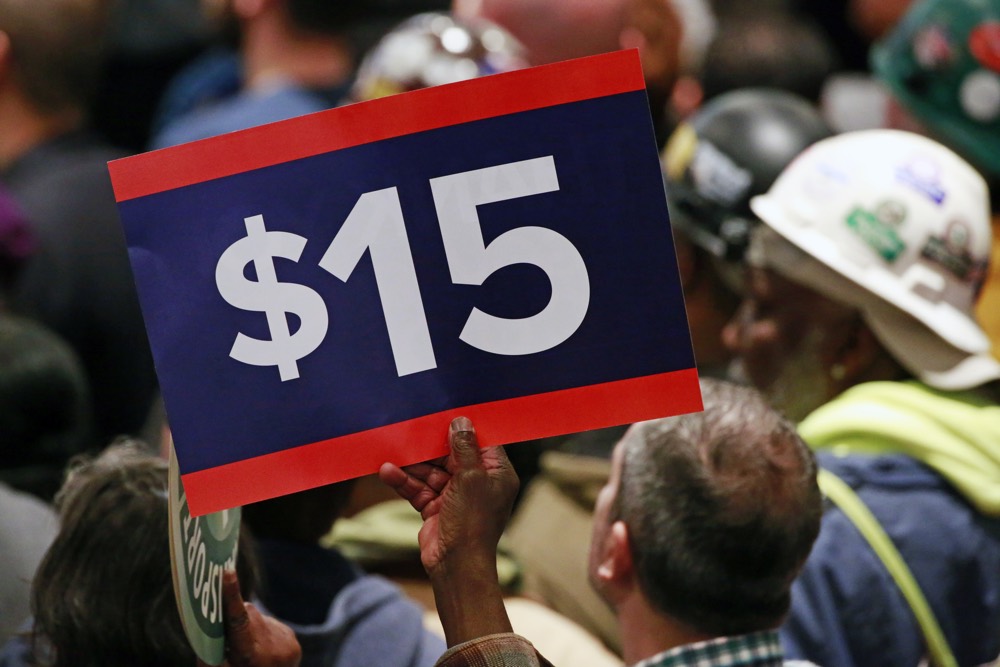 California governor Jerry Brown today approved a mandatory minimum wage of $15 an hour by 2022. The bill's enactment came within hours of a similar bill signing in New York by governor Andrew Cuomo.

The signing ceremony in Sacramento took place one week after the governor joined with Democratic lawmakers and labor leaders to announce an agreement on the wage increase. In so doing, they averted what would have likely been a costly and complex November ballot battle over the minimum wage issue.

California's $15/hour minimum by 2022 applies to businesses with more than 25 employees. By 2023, smaller firms must also comply. The phase-in begins next year when the rate increases to $10.50 an hour from $10 an hour. There's one big caveat: California's governor, whoever that may be, can pause future increases if a financial crisis hits the state government.

From the Sacramento Bee:

Brown, traveling to the state’s largest media market to sign the landmark bill, remained hesitant about the economic effect of raising the minimum wage, saying, “Economically, minimum wages may not make sense.”

But he said work is “not just an economic equation,” calling labor “part of living in a moral community.”

“Morally and socially and politically, they (minimum wages) make every sense because it binds the community together and makes sure that parents can take care of their kids in a much more satisfactory way,” Brown said.

Related: Where does your state stand on the minimum wage? [WSJ.com]

PHOTO: A supporter holds a sign aloft while listening to U.S. Democratic presidential candidate Hillary Clinton during a rally to celebrate the state of New York passing into law a $15 minimum wage in New York April 4, 2016. REUTERS/Lucas Jackson