Seriousness and sincerity: how to tell jesters from trolls 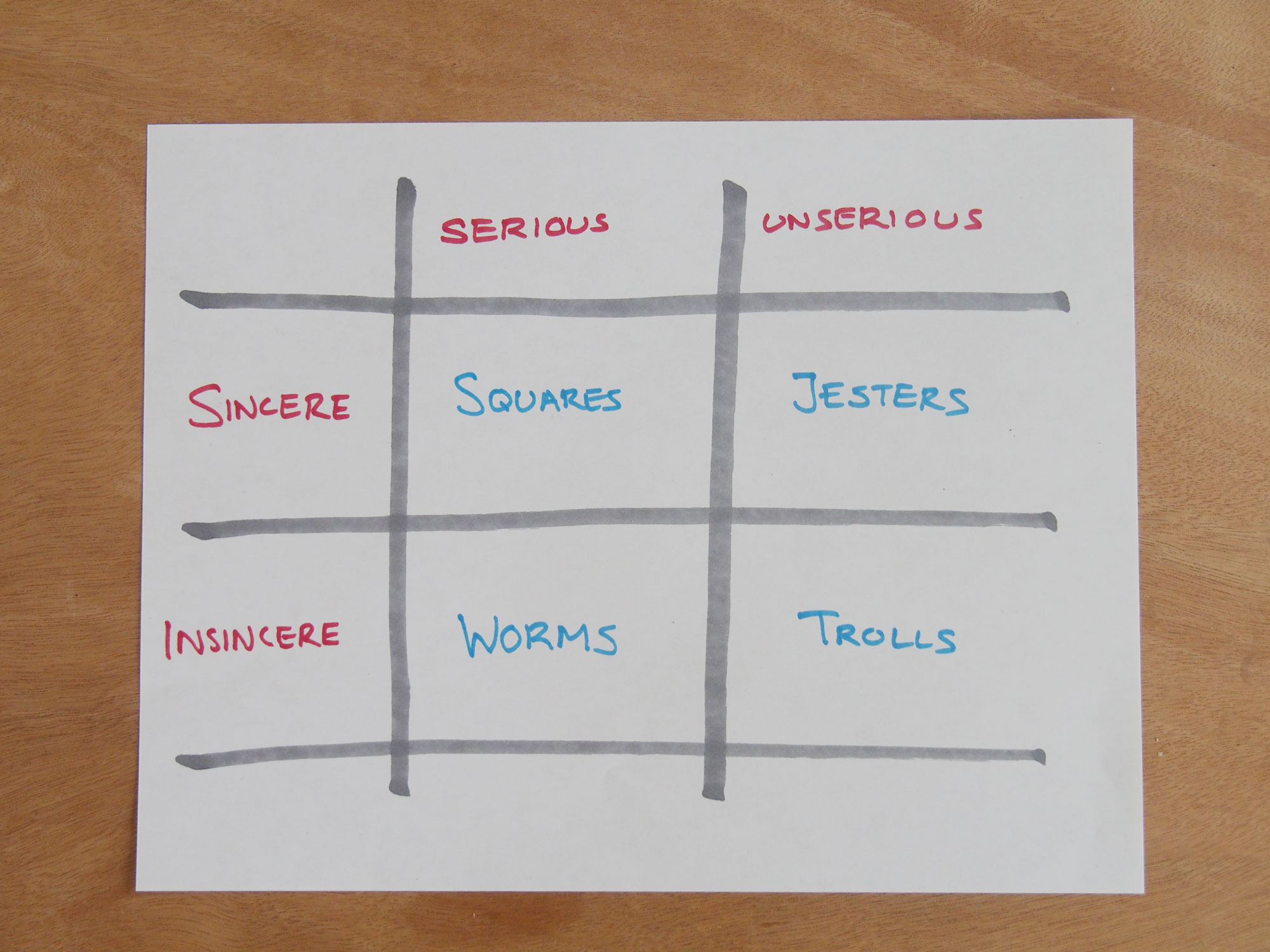 Trolls, when cornered, often excuse themselves as Shakespearean fools of the modern age, as jesters. Given that the term "troll" spans a vast expanse from cute to abusive, this grasp at virtue seems legit. But there's a plain difference between jesters and trolls: sincerity. Jesters are unserious – a good thing! – but that doesn't mean their performance is insincere. Trolls, though, are both of these things.

How, then, do you see a troll for what they are? Unseriousness is visible, but insincerity is often not.

Mercifully, the excuse itself is a clue. Trolls don't really get the difference between themselves and the noble, world-improving court fools of their imagination.

So, when scrutinized in ways that require sincerity, they stop being unserious as well. Instead of proving themselves to be Jesters, they become Squares, serious and sincere, explaining themselves at sententious length until they can retreat back to the Troll corner and resume normal operations.

The people to really watch out for, though, the truly Machiavellian types, are people who are serious yet insincere. These Worms (lots in Silicon Valley!) slide across the opposite diagonal: whenever cornered for their shenanigans, they're disturbingly good at excusing themselves as Jesters – unserious in tone, yet ostentatiously moral.

The corollaries are also true, I find. When otherwise happy, decent, respectable Squares get defensive, they transform into amazingly unpleasant Trolls. And true Jesters, in their weak hours, tend to moonlight as Worms, manipulating others with affected seriousness.

This is just a dumb chart on the internet, of course, even dumber than the Mills Boon personality test or whatever it's called. Reality is more finely-grained. But once you start spotting people moving on those diagonals, you'll never miss it. And because the internet is now everyone's permanent record, they can't hide it.