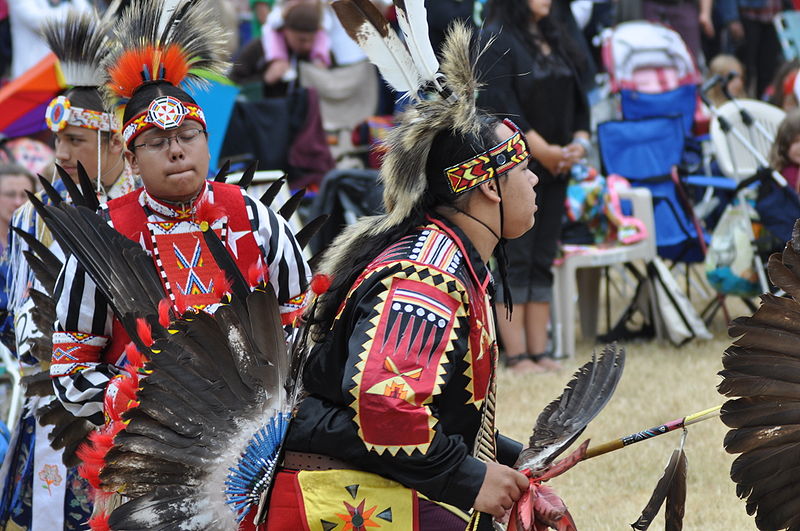 Dictionary.com has agreed to alter its definition of "pow-wow," which until now the online dictionary described as events for the practice of magic. Indian Country Today Media Network encountered the entry on the highly trafficked dictionary.com site, and asked for a change.

Sarah Ortegon, a jingle dress dancer who is currently studying fancy shawl, told ICTMN Monday that although the beauty of pow wows can "cast a spell" on viewers, it is not magic in its official definition.

"We do not practice magic while we dance. We use our bodies to tell living stories that have [been] passed on from generation to generation," she wrote in a message. "Although, the ultimate goal of colonialism was to make our way of life disappear, pow wows have only helped keep some of our traditions alive."


Ortegon, who is Eastern Shoshone and Northern Arapaho, said that magic "is the power to perform mysterious tricks. Usually performed as entertainment. For example, making things disappear or appear before your very eyes. [There are] no magic tricks [at pow wows]," she emphasized.

"Dictionary.com: A Pow Wow Is An Event Where Indians Practice 'Magic'"