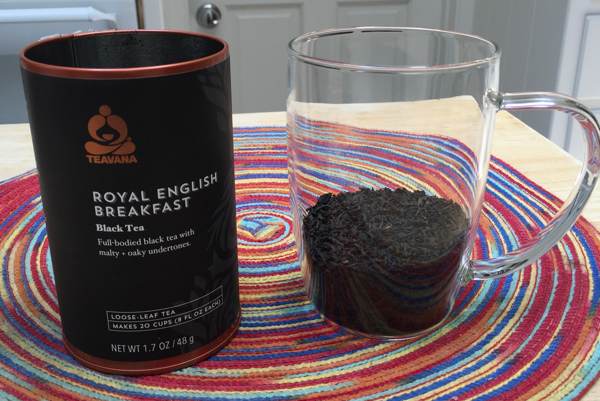 Have you ever had a sample of tea in a Teavana store? I have, and I loved it. I bought some based on how much I liked the taste. But when I got home and followed the directions, the tea tasted weak. I figured I just didn't know how to brew the tea as well as the expert teenagers who work at the Teavana store.

But it turns out Teavana's in-store samples use up to "three times as much as the instructions for brewing at home," according to the Consumerist. That's why it was so strong and flavorful. If I wanted to make the same strength of tea at home, I'd have to use a tablespoon, not a teaspoon, effectively tripling the price of the already expensive tea.

I stopped buying Teavana, but on Monday I saw a can of Teavana Royal English Breakfast Loose-Leaf Black Tea at Starbucks for $9. It was a pretty big can so I thought it was a good deal. I bought it. When I opened the can at home, I found a small plastic bag stuffed in the bottom of the can, containing the tea. In the photo above, you can see how much tea was in the can. It fills about 1/3 of the can.

I like the tea, but there's no way I'll get 20 cups from the can, as the label suggests.

Last summer, MD/journalist Elisabeth Rosenthal's husband had a bike accident and was seriously injured and taken by ambulance to an emergency room.