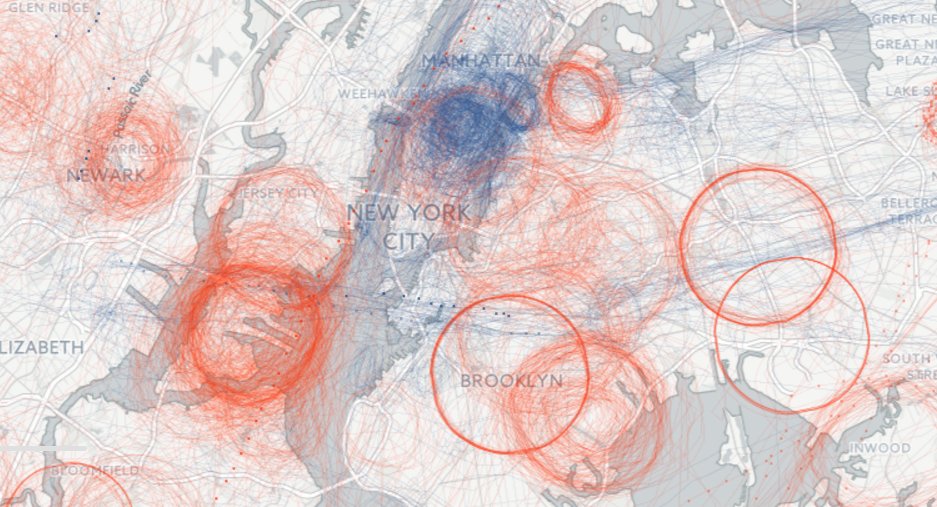 If you spend enough time looking at Flightradar24's data about fly-overs of American cities, you can figure out where and when the feds are flying domestic spy-aircraft, watching for the tell-tale circling patterns and mapping the planes' owners to companies that investigative journalists have revealed to be fake cut-outs for the FBI.

The DHS and FBI won't say much about these planes, but they do maintain that they're in the sky to catch major criminals, terrorists, human traffickers and drug smugglers and not to conduct mass surveillance (despite the fact that many of them are equipped with "Dirtboxes" that let them spy on the cellphones of everyone beneath the aircraft's sweep. They're also equipped with high-rez cameras, augmented reality rigs, night vision, and thermal imaging.

The aircrafts' flight patterns reveal the USG's worldview: they are often tasked to circle "Muslim" neighborhoods like Fremont's Little Kabul and Minneapolis's Little Mogadishu. However, it does not appear that mosques are especially targeted by the flights.

The data shows more than 3,500 fly-overs of US cities in the past four months -- but almost none on weekends and federal holidays. A former FBI agent, James Wedick, hypthoesized that this is because almost all terrorist plots in the USA are stings being run by the FBI, and the handlers running these operations are able to manipulate their targets to give them the weekend off.

Regulations require that a plane’s owners submit documents to the Federal Aviation Administration describing modifications that might affect a plane’s airworthiness, and BuzzFeed News obtained this paperwork for about 130 of the planes identified in our analysis — giving a strong sense of what the aircraft are capable of.

Many FBI Cessnas, for example, are fitted with exhaust mufflers to reduce engine noise. FBI and DHS aircraft carry sophisticated camera systems in steerable mounts that can provide conventional video, night vision, and infrared thermal imaging. These include Talon devices, manufactured by FLIR Systems of Wilsonville, Oregon. The company’s website boasts that these devices “deliver high-resolution imagery day or night.”

On FBI planes, cameras are typically paired with augmented reality systems, which superimpose a variety of information over the video, and can embed the feed from a camera into a wider scene built up from stored satellite images.