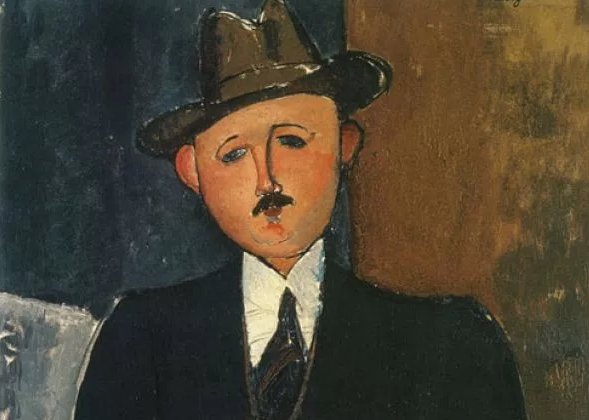 If you've got $50M you need to hide, and want to be able to move around invisibly, what better way than to buy a painting through a secret, numbered offshore account, stick it in a vault in Basel, whence you can liquidate it, retrieve it, and move it on a moment's notice.

This need for liquidity explains the economic paradox of the giant markets in the work of Picasso (who was insanely prolific) rather than artists who are held in equal regard but produced much less material. If you're interested in a painting as a store of value instead of a work of art, it won't do to invest in something that isn't being continuously bought and sold.

The Panama Papers reveal never-seen details of the strange market of the art world. The use of art as a money laundry means that the true ownership of works is often a secret, and art dealers can earn huge markups ($100M!) simply by knowing the identity of a buyer and a seller.

The Panama Papers disclose the true identity of the owners of some notorious works -- revealing, for example, that the Nahmad family of art dealers are the real owners of works looted by the Nazis, something they've strenuously denied when the descendants of its owners have sued to get them back.

The art market, more than most any other market, is based on information asymmetry: While people love to talk about the importance of “a good eye” and the like, the real money in the art world always ends up with the individuals who have the best information. It’s a market fueled by gossip and speculation, where even museums can be bafflingly coy about what they own, and where it can take decades of hard work to track down the location of acknowledged masterpieces.

On top of that, the art market is characterized by easily-moved goods. (Sometimes, a painting doesn’t even move when it’s sold; the “freeport” simply changes the name of the owner.) The combination of tax havens, portability and secrecy is catnip to money launderers: Add a few layers of shell companies, and you have a way of storing and moving billions of dollars in value in a manner that’s all but untraceable.

The biggest story in the art market over the past couple of decades has been the rise and rise of Andy Warhol, and to a slightly lesser extent other artists of prodigious output like Gerhard Richter. This is a story that inverts the standard laws of supply and demand: Why would the highest prices be paid for paintings by them the likes of Picasso, who seemingly never stopped painting, rather than for much rarer works?