Monopoly Deal card game, cheap and much better than the board game 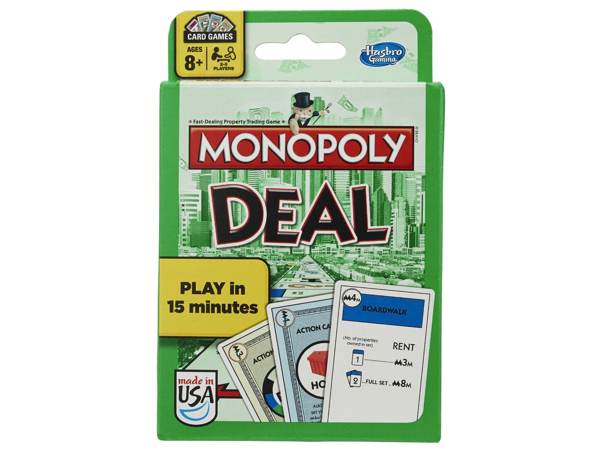 Everyone knows Monopoly is a bad board game (unless you play with alternate rules). It also takes hours to play, even after the runaway player has been identified. This graph says it all:

Monopoly Deal is a $(removed) card game that takes 15-20 minutes to play and has lots of player interaction, and no mind numbing roll-and-move mechanic. Many of the 110 cards in the deck look familiar (money, properties, utilities). There are also action cards which can be used to collect rent, steal another players' property, cancel an action card, or used as money. Best of all, even the richest player is at risk of losing, so everyone stays interested in playing till the end.

I think the standard rules are fine, but I'm curious if anyone has come up with their own house rules?