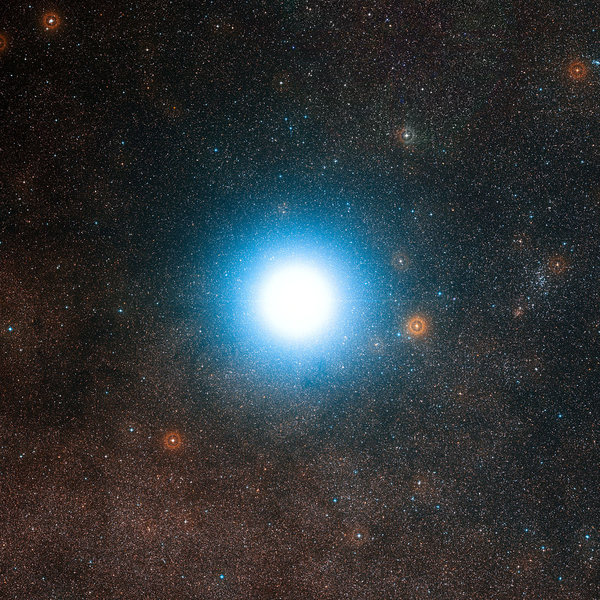 "Today, we commit to this next great leap into the cosmos," Stephen Hawking said today in New York. "Because we are human, and our nature is to fly."

“Imagine hundreds of spacecraft the size of a butterfly, propelled by light beams at record-shattering speeds and journeying to distant stars 4.37 light years away -- far deeper into space than human-built probes have ever ventured,” CNN reported of what may be the most ambitious space exploration project in history--one that may not be completed in our lifetimes.

The piece to read on today's big space news is Dennis Overbye's, at the New York Times. He asks, “Can you fly an iPhone to the stars?”

If it all worked out — a cosmically big “if” that would occur decades and perhaps $10 billion from now — a rocket would deliver a “mother ship” carrying a thousand or so small probes to space. Once in orbit, the probes would unfold thin sails and then, propelled by powerful laser beams from Earth, set off one by one like a flock of migrating butterflies across the universe.

Within two minutes, the probes would be more than 600,000 miles from home — as far as the lasers could maintain a tight beam — and moving at a fifth of the speed of light. But it would still take 20 years for them to get to Alpha Centauri. Those that survived would zip past the star system, making measurements and beaming pictures back to Earth.

After searching the stars for life, what's next? Going there. A $10bn #BreakthroughStarshot https://t.co/nbwBmRODzR pic.twitter.com/HmoTUJrbaZ

Archived video of the announcement event is below.