Before and After Mexico: a Bruce Sterling story about the eco-pocalypse 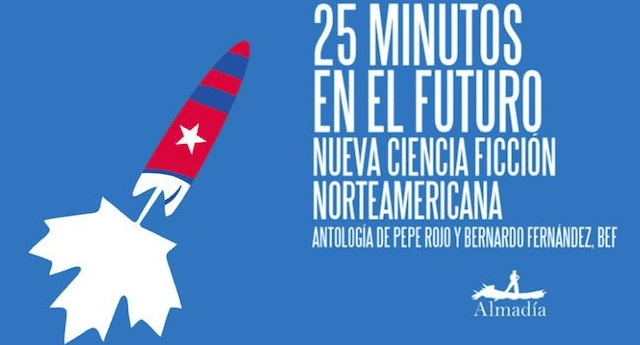 "Before and After Mexico," is a kind of climate-oriented, intensely social-speculative riff on Clan of the Cave Bear, telling the stories of warring theories of civilization long after the collapse of our own.

The CornWaterMan, who never spoke, brought his tall clay stove to the plaza. He passed out his ancient black-and-white bowls of corn and beans, and his smaller bowls of ritual herb tea. The CornWaterMan wore stilted clog shoes, and stiff, checkered robes, and a slit-eyed wooden helmet fringed with tall parrot feathers. The CornWaterMan fed the lost souls in the canyon. This was his purpose. He fed the poor, the desperate, the drunks, the foreigners, the crying scolded child, anyone for whom life was too hard.

In easy times, the silent CornWaterMan was easy to overlook. In hard times, he was the most important man. Hard times were always coming to the pueblo, some day. It was already hard times, somewhere, for some poor body.

Bowl Owl was, by his own shrewd reckoning, the most powerful chief in the pueblo. He nevertheless bowed before the CornWaterMan. The “CornWaterMan” was not a mere mortal man like Bowl Owl. He was an office that outlasted the centuries, as the corn did, as the water did.

Before and After Mexico
[Bruce Sterling/Medium]