Classic paper on economic models is secretly a masterclass in thinking, talking, writing and convincing 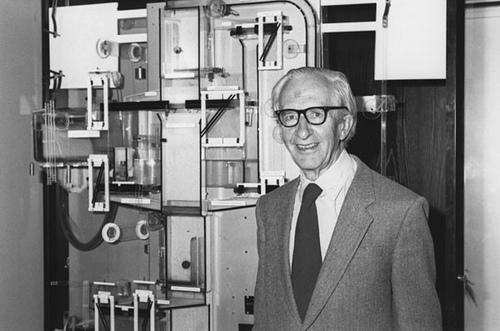 Hal Varian, now Google's chief economist, wrote "How to Build an Economic Model in Your Spare Time," a classic paper, in 1994 while teaching at UC Berkeley (he's still an emeritus there).

It's a remarkable paper, really. At 16 double-spaced pages, it's a very fast read, and Varian is a clear and often very funny writer.

While the subject matter he addresses — the creation of economic models by grad students — is highly specific, the advice he provides is much more generally applicable. It starts by talking about how you find and develop ideas, pointing out that there's much to be found in exploring rebuttals to dumb ideas you hate. From there, Varian covers techniques for refining your ideas by presenting them to other people, which breaks down into such useful subjects as "radically simplifying your ideas," "convincing other people to listen to you," "organizing a public speech," "nerving yourself to give a public speech," "not getting addicted to public speaking," "creating slides," "dealing with hecklers," "how to end a talk with a bang," and more.

Finally, he discusses how to write up your findings for publication, and the pitfalls of composition and revision.

This is a paper that I will probably assign to the next writing class I teach: it's such good advice for how to develop and present things that matter to you, and is very smart about anxiety about originality and presentation.

Once you've got an example, work another one, then another one. See what is common
to your examples. Is there something interesting happening here? When your examples
have given you an inkling of what is going on, then you can try to write down a model.
The critical advice here is KISS: keep it simple, stupid. Write down the simplest possible
model you can think of, and see if it still exhibits some interesting behavior. If it does,
then make it even simpler.

Several years ago I gave a seminar about some of my research. I started out with a
very simple example. One of the faculty in the audience interrupted me to say that he had
worked on something like this several years ago, but his model was "much more complex".
I replied "My model was complex when I started, too, but I just kept working on it till it
got simple!"

And that's what you should do: keep at it till it gets simple. The whole point of
a model is to give a simplified representation of reality. Einstein once said "Everything
should be as simple as possible . . . but no simpler." A model is supposed to reveal the
essence of what is going on: your model should be reduced to just those pieces that are
required to make it work.

This takes a surprisingly long time—there are usually lots of false starts, frustrating
diversions, and general fumbling around. But keep at it! If it were easy to do, it would
have already been done.