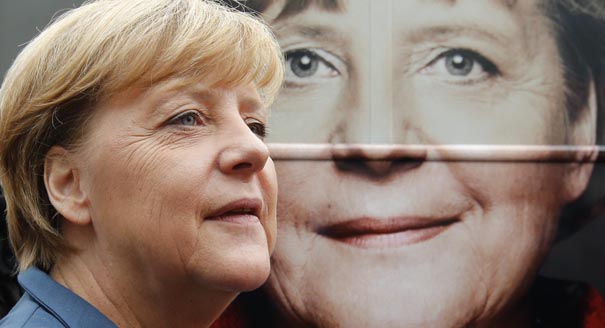 Chancellor Angela Merkel, in granting Turkey's request to allow the prosecution of Jan Boehmermann, cast her decision as adherence to the country's laws against insulting heads of state: “In a state governed by the rule of law, it’s not the domain of the government, but rather the prosecutors and the courts, to weigh individual rights.”

But critics say the law itself is an unacceptable infringement of essential freedoms, and point to another issue weighing heavily on Merkel's mind: the need to keep Turkey sweet so it will accept more refugees.

The furor has centered on Boehmermann, a comedian with public broadcaster ZDF who two weeks ago recited a poem about Erdogan that plumbed the depths of bawdiness in an effort to test the boundaries of acceptable satire under a law protecting foreign heads of state from libel. Merkel says her decision wasn’t a prejudgment on the satirist’s culpability.

Turkey’s Deputy Prime Minister Numan Kurtulmus said on Monday that the German comedian had committed a “crime against humanity” by insulting the Turkish head of state. “No one has the right to insult” Erdogan, Kurtulmus told reporters. Erdogan himself also filed a complaint with German prosecutors seeking legal action.

Boehmermann would receive no more than a small fine if convicted, according to legal experts. The poem was designed to test German limits on free speech, writes the BBC.

In true Boehmermann fashion, the poem was more complicated than simply a string of obscenities.

It was prefaced with an explanation that the poem was illegal in Germany, in reference to an Erdogan parody on German TV that the Turkish president had taken offence to days before.

The joke presumably was that in Germany you could be fined or even jailed for saying something so childish; and it highlighted Germany's own problematic issues with free speech.

That is why Boehmermann refuses to back down. "What appears to have been overlooked is that the poem was not broadcast on its own, but rather as part of an overall presentation about what is allowed in Germany and what isn't," as his lawyer explained on Thursday.

Merkel says her government will seek to scrap the lèse-majesté law, but the circumstances have already deeply embarrassed Germany's political establishment.

Erdogan, notoriously thin-skinned, has cracked down on press freedom in his own country, and built himself a marvelous palace at public expense.