The coolest vending machine in California 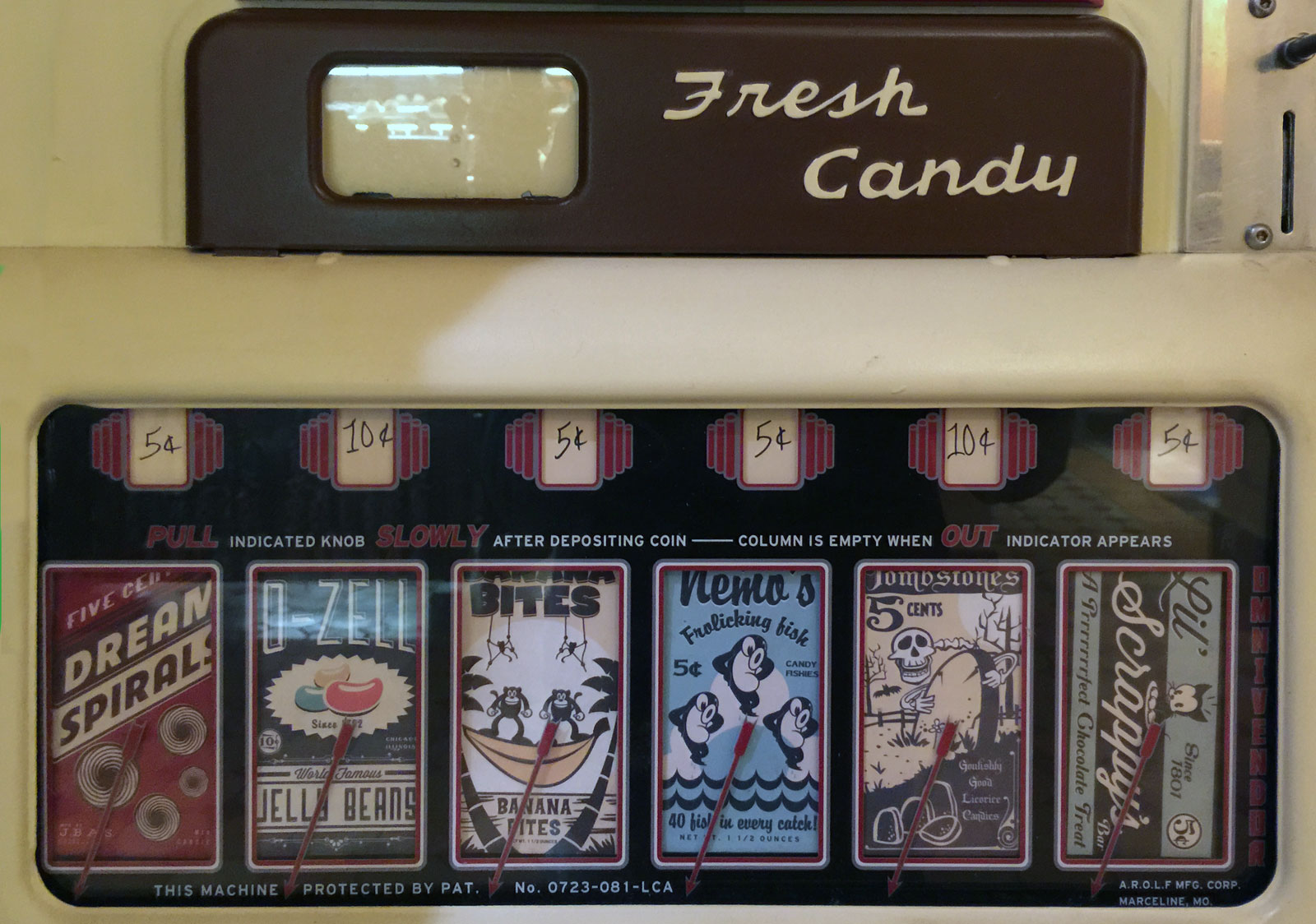 The coolest vending machine I’ve ever seen is not high-tech.

It’s not the one in Japan that studies your face and decides which is the best drink for you.

It’s not the one from Coca-Cola that allows you to mix any variety of sodas and syrups together (though I have admit to a slight addiction to Raspberry Ginger Ale at my local Five Guys).

This one is decidedly retro, so take a look and tell me where you think it’s located.

Obviously it’s someplace pretending to exist in the 1920s.
Here are some of the items available.

Located on Buena Vista Street in Disney California Adventure, this marvelous antique vending machine is something you would normally only see in a museum. It can be found in the store Trolley Treats at the far end of the west side of Buena Vista Street.

I have only one wish: that it actually dispensed those licorice candy tombstones, and then my momentary transition to a boy of 5 would be complete. Mmmmmmm.