The Everything Box: demonological comedy from Richard "Sandman Slim" Kadrey 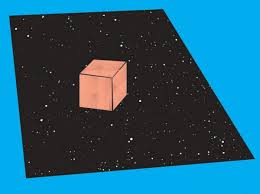 Richard Kadrey's got more writing identities than anyone has any business having: cyberpunk pioneer (Metrophage); master of hardboiled supernatural fantasy (Sandman Slim); young adult author (Dead Set). Now, with The Everything Box, Kadrey delves into supernatural comedy and shows that he's funny as Hell, and can make Hell funnier than you'd believe.

It all starts shortly after the Flood (the one with Noah, and the animals two by two). An angel called Qasphiel is dispatched to Earth by God to wipe out the last, straggling humans and finish the business God started with the storms. It's a bad break for humanity, but a major opportunity for Qasphiel, who has heretofore been tasked with the organization and management of Heaven's office supplies. All he has to do is open the box that contains Armageddon, and he can return to Heaven to enjoy his new, elevated standing.

But Qasphiel has lost the fucking box.

Flash forward 4,000 years, and we meet Coop, a supernatural cat-burglar who specializes in jobs-for-hire where his magickal power (magic doesn't work on him) can get him into fortified and cursed treasure rooms that no one else can reach. Coop is just completing a job when the cops show up, and not just any cops: these are the LAPD's Criminal Thaumaturgy squad, and they've nabbed one of Coop's associates, who traded Coop's whereabouts for a lighter sentence. Coop doesn't have anyone he can rat out, and so he's sent away to Surf City, the Gitmo for magickal creatures, where he is to spend a very long stretch indeed, trying to avoid the vampire gangs, keep his head down, and do his time.

But to his surprise, Coop finds himself sprung a mere 18 months later. He can't believe his good luck -- nor should he. The whole thing was engineered by a very rich man who has a little job for him: stealing a very powerful box that has been lost and found on Earth for 4,000 years. It's the break Coop needs, but his luck can't hold. No sooner has he pulled off the magickal heist than he is kidnapped by DOPS (pronounced "dopes") the Department of Peculiar Science, a top-secret, magickal agency of Men in Black who defend the living from the scum of the Nether Hells. DOPS has a job for him: he needs to help steal the box back.

Thus begins a hard-boiled caper novel with a laugh on every page: Raymond Chandler meets Good Omens, in which multiple doomsday cults, secret government agencies, and crooks of every description compete to retrieve the box, a perfect McGuffin, a Maltese Falcon with the power to destroy all of Creation.

With seven Sandman Slim books to his name, it's great to see Kadrey starting a new series, one that incorporates his flair for the demonological with a wicked sense of humor and a plotting style where double-crosses are the order of the day.

The Everything Box [Richard Kadrey/Harper Collins]