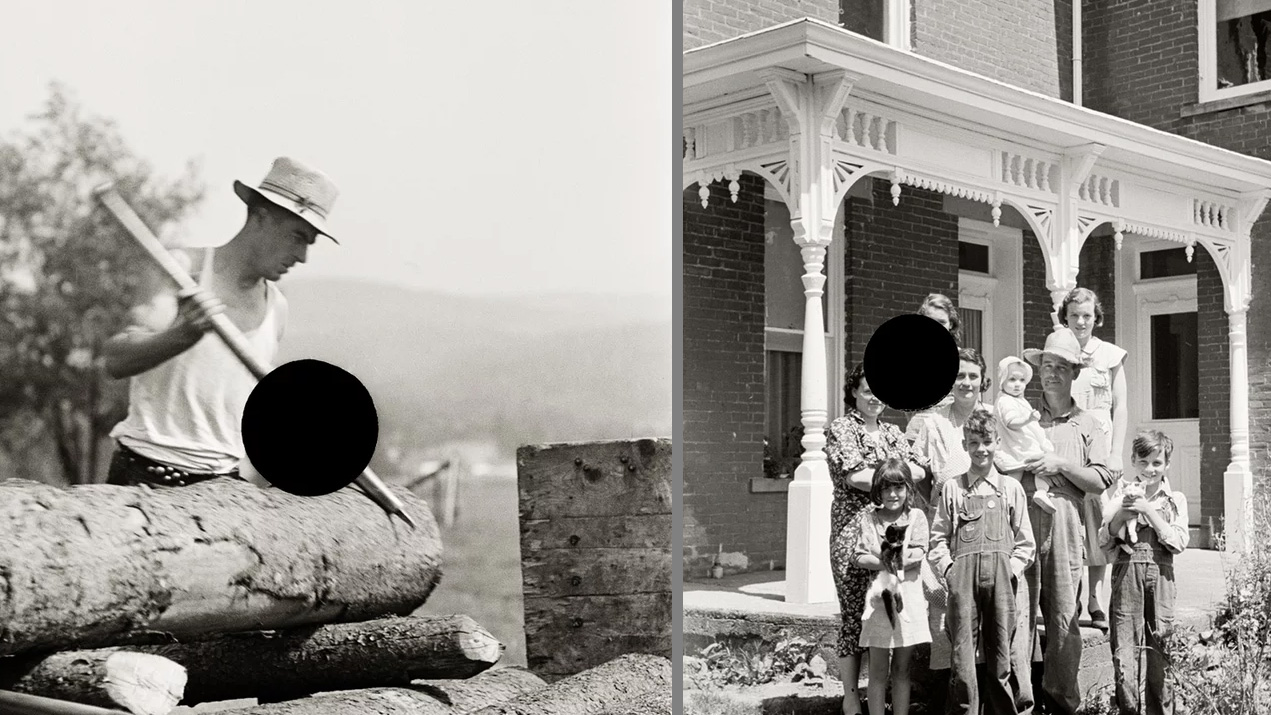 The US Farm Security Administration commissioned hundreds of thousands of photos in the 1930s and 40s, representing an unparalleled record of the times. Unfortunately, as revealed in an exhibition curated by Bill McDowell, many of the shots were badly damaged with hole punches. The results are an unsettling, inadvertent commentary on the depression and the lives it ruined – and also an incredible challenge for photoshoppers.

For decades, architectural critic and photographer John Margolies obsessively documented roadside attractions: vernacular architecture, weird sculpture, odd businesses and amusements. By his death in 2016, his collection consisted of more than 11,000 slides (he published books of his favorites, with annotations).

Michael Galinsky's 2011 photo-book "Malls Across America" went out of print quickly and now sells for upwards of $1000/copy; Galinsky is now kickstarting a sequel, The Decline of Mall Civilization, featuring 112 pages of images of American malls from 1989.