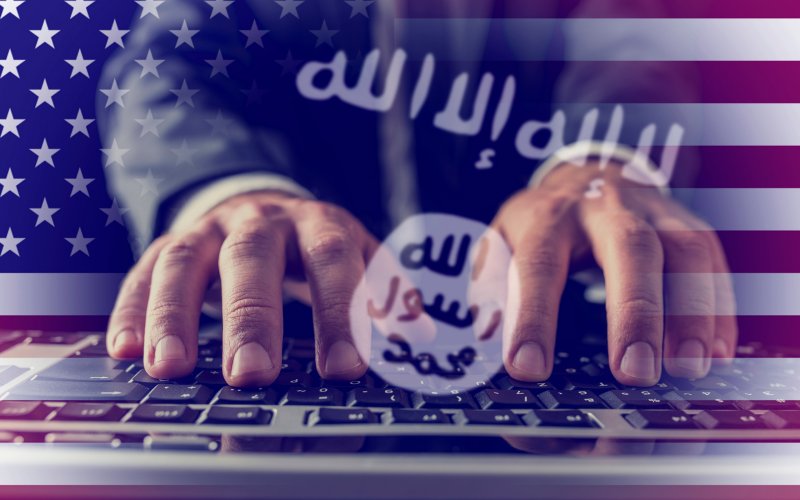 There's been an awful lot of talk about “cyber pathogens” and “cyber bombs” lately from the mouths of American officials discussing terrorism, and how we will vanquish it. President Obama mentioned “cyber ops” against Islamic State terrorists in one recent address. Today, we know a little more about what was behind last week's cyber-hawkish hacking headlines.

Hackers who work for U.S. Military forces are disrupting ISIS’s encrypted chats, implanting viruses in terrorists’ computers, and mining the machines to launch real-world strikes. From the Daily Beast:

But the American military’s campaign of cyber attacks against ISIS is far more serious than what the president laid out in his bland description. Three U.S. officials told The Daily Beast that those operations have moved beyond mere disruption and are entering a new, more aggressive phase that is targeted at individuals and is gleaning intelligence that could help capture and kill more ISIS fighters..

As the U.S. ratchets up its online offensive against the terror group, U.S. military hackers are now breaking into the computers of individual ISIS fighters. Once inside the machines, these hackers are implanting viruses and malicious software that allow them to mine their devices for intelligence, such as names of members and their contacts, as well as insights into the group’s plans, the officials said, speaking on condition of anonymity to describe sensitive operations.

One U.S. official told The Daily Beast that intelligence gleaned from hacking ISIS members was an important source for identifying key figures in the organization. In remarks at CIA headquarters in Langley, Virginia this week, Obama confirmed that cyber operations were underway and noted that recently the U.S. has either captured or killed several key ISIS figures, including Sulayman Dawud al-Bakkar, a leader of its chemical weapons program, and “Haji Iman,” the man purported to be ISIS’s second in command.

The military has also used cyber operations to block ISIS’s use of encrypted communications, in order to force members to use less secure channels where they can be more easily monitored, officials said. That tactic appears to be a response to ISIS’s effective use of encrypted text applications in particular, which officials had said previously made it harder for the military and intelligence community to track individual fighters.