If you're too young to remember the magic of Tower Records, here's what you missed 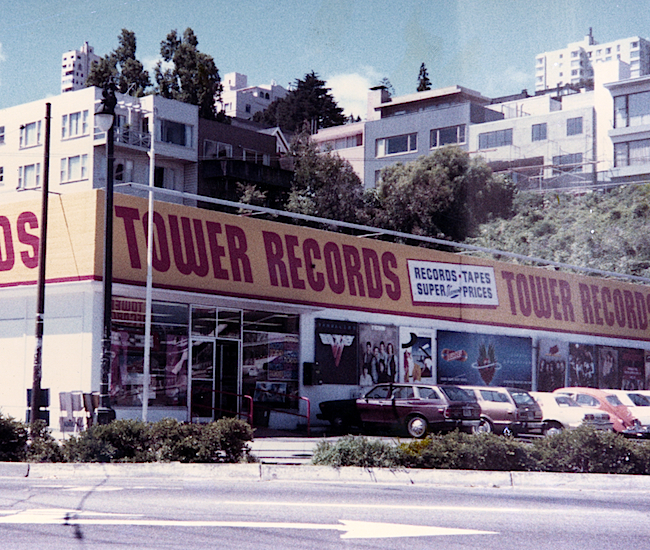 In honor of Record Store Day, I got on the phone with Russ Solomon, who founded Tower Records in the early 1960s — the late-great chain was also the subject last fall of a terrific documentary by Colin Hanks called "All Things Must Pass." In speaking with Russ, and then my son Tom, age 25, about their recollections of Tower, it became clear that how one feels about the place, which meant a great deal to me, is purely generational. To that end, I interviewed both Tom and Russ, as well as Tower's former COO, Stan Goman.

From my story in Collectors Weekly:

Napster, as Hanks’ film makes clear, was not even the biggest factor [in Tower's demise]. Sure, it allowed people to get music for free, but it would not have been so attractive to consumers if the record companies, with the complicity of chains like Tower, had not insisted on keeping the prices of CDs high and discontinuing the practice of selling singles, which is what music consumers had been buying since Russ and Clayton Solomon sold their customers used 3-cent 78s for a dime.

“The 78,” Solomon says, “which morphed into the 45 in the 1950s, was really the lifeblood of the record business. It was all about singles. When the record companies decided not to make singles anymore, I think that was the beginning of the downfall of the industry. They were taking away what the kids really wanted by forcing them to buy an album. That was a big mistake.”

“To me,” says my son Tom, “one of the cooler parts of the documentary was seeing how the market changed. For a while, Tower sold singles and LPs, then singles on cassette, and then the record companies got greedy, didn’t sell many singles as CDs, and raised the price of CDs. So, when MP3s came along, you could suddenly get singles again. The greed of the record companies probably had the biggest impact on encouraging music piracy. You’ll notice that today the market is all about singles.” On this, Russ Solomon and no less an authority than former record producer David Geffen, who is also interviewed for Hanks’ film, wholeheartedly agree.

Tower’s unchecked expansion and the record industry’s greed were self-inflicted wounds, but there was a third factor other than Napster that helps explain why Tower went broke—competition. One of the characteristics of CDs is that they are smaller than LPs, which means you can put more of them in the same amount of space in a store. And as “Thriller” had shown, hits lured people into stores. To put it simply, consumer-electronics retailers, and even big-box chains like Walmart and Target, decided they wanted a piece of this action.

“Walmart and Target didn’t sell enough to bother us,” Solomon corrects me. “But Best Buy did. They sold CDs, videos, and video games to draw people into their stores to look at their electronics and televisions.”

And they were selling those CDs dirt cheap. “We were paying, say, $10.40 for a CD,” Solomon continues. “Well, we could sell anything in the Top 40 list for $11.98 and not be hurt particularly because we sold a lot of them. But they were selling everything for $11.98. In contrast, we were up around $15, or something like that, for most of our stock. It was really hard to compete against that. We had a bigger selection, but they had enough, and that sucked away a lot of our business.”

Finally, then, there was Napster. “I think I first became aware of Napster when we had the store in Boston—a great store, I might add,” Solomon says. “It became a kind of a worry, but a worry you didn’t bother with. The record companies were more hysterical about it than we were, and they had good reason to be. The whole industry was in confusion when it started, but I don’t think we were really affected by it. We had so many other problems—overexpansion, what have you.”

Stan Goman takes the impact of Napster on Tower more personally than his former boss. “Napster? I didn’t get that. To me, it was just stealing. And that’s the reason there’s no real record business anymore, because you can’t compete against stolen items. I hope Mr. Napster, whoever that asshole is, is happy, because he put a lot of people out of work.”

Tower Records store on LA's Sunset Strip returns to life, one night only

Like a zombie rising from the dead for Halloween, the iconic record store returns to life for the launch of Tower Records documentary ‘All Things Must Pass’