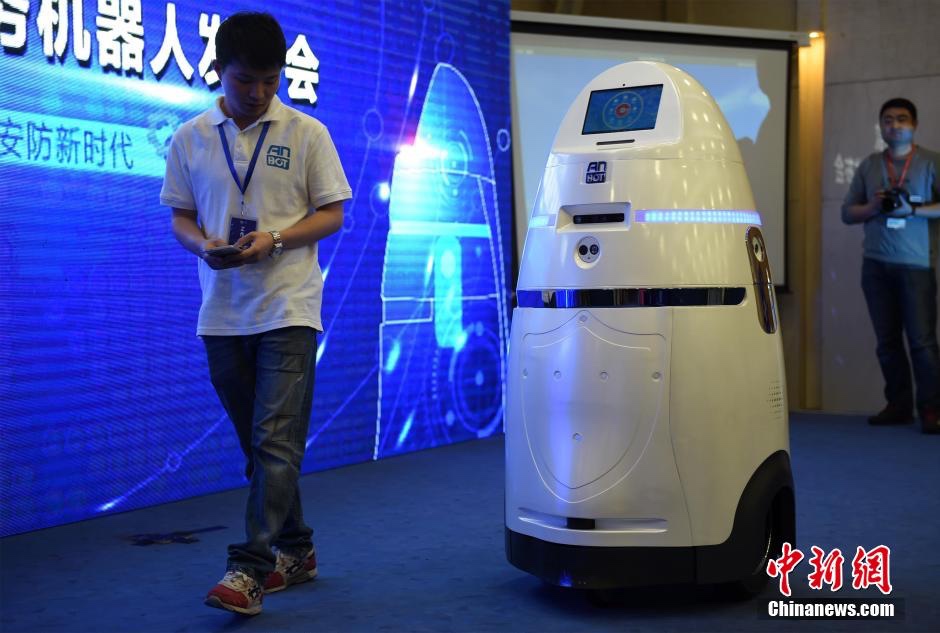 “China's first intelligent security robot debuts in Chongqing,” reads the headline in the Chinese Communist Party official newspaper People's Daily. The riot control robot has a name, “AnBot,” and it's freaking everyone out even more than your regular garden variety riot control robots because the damn thing looks like a Dalek from Doctor Who. And nothing good comes from a Dalek.

Anyway, this thing looks ridiculous, and is getting tons of online ridicule. Also it can only chase you down on flat surfaces, not stairs, no robotic parkour moves. For now.

It was reported to be “capable of eight hours of continuous work” by People’s Daily, and who knows how long it takes to recharge. Is this even real?

Man. Everything about this government press release sounds wack. Snip:

Developed by the National Defense University, AnBot represents a series of breakthroughs in key technologies including low-cost autonomous navigation and intelligent video analysis, which will play an important role in enhancing the country's anti-terrorism and anti-riot measures.

AnBot's shape is similar to that of a Russian nesting doll. The robot is 1.49 meters in height, 78 kilograms in weight and 0.8 meters in diameter. Its maximum speed is 18 kilometers per hour, and its standard patrol speed is 1 kilometer per hour. It has sensors that mimic the human brain, eyes and ears. Capable of eight hours of continuous work, AnBot is able to patrol autonomously and protect against violence or unrest.

When people around AnBot face security threats, the robot’s control personnel can remotely deploy AnBot’s electrically charged riot control tool. Within AnBot’s patrol area, people can also call for help or press the SOS button on the robot’s body to notify police of a problem.

The AnBot was debuted at the 12th Chongqing Hi-Tech Fair on April 21. It is apparently “capable of eight hours of continuous work,” says the People’s Daily, without specifying how long it takes for a recharge. Also conspicuously absent from the report is any mention of a feature that may prove useful to Chinese terrorists or rioters striving to outwit an indignant AnBot — its inability to climb stairs.