The NES Paul: a guitar made from a Nintendo 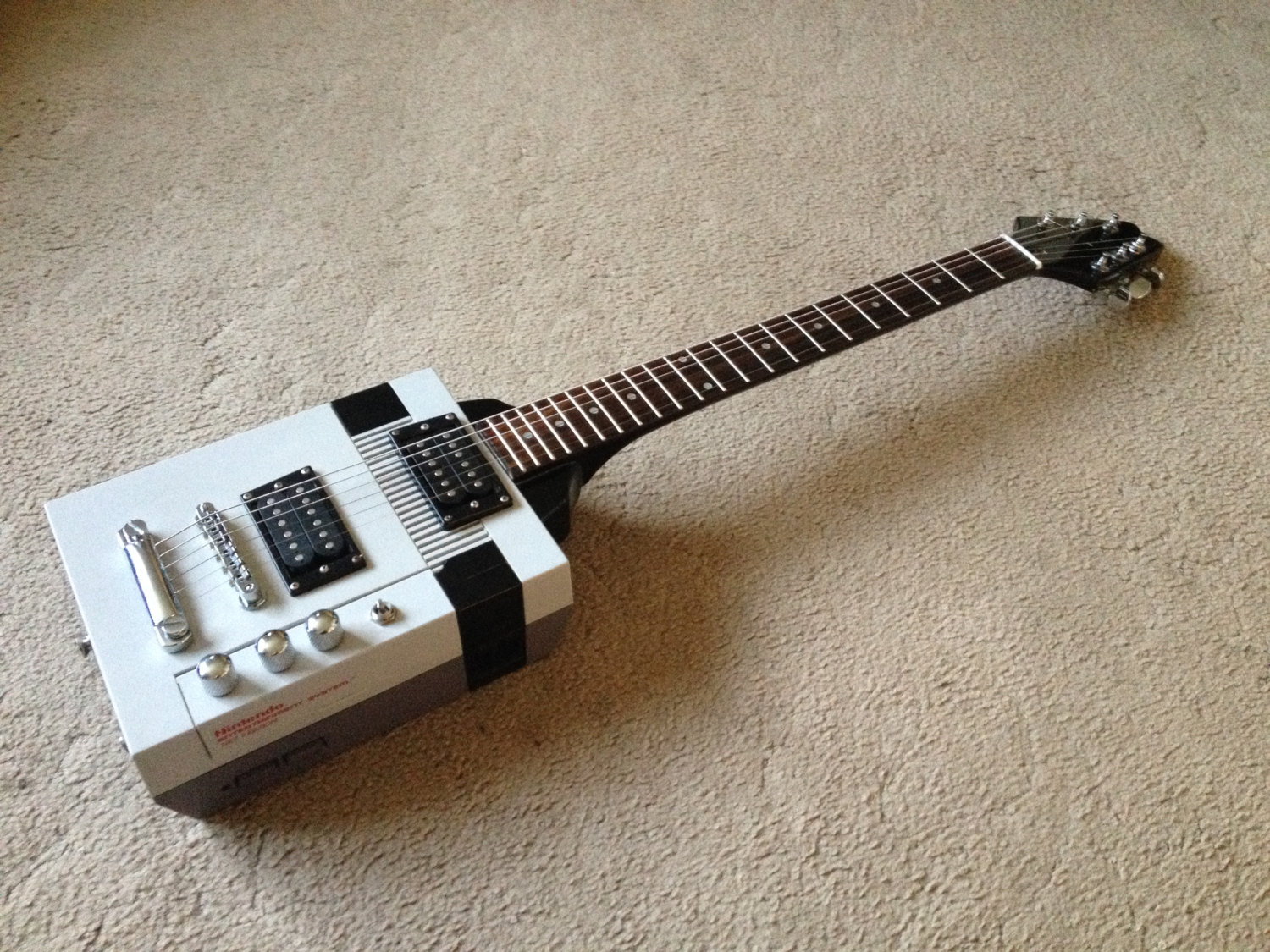 Doniguitar -- makers of the Rebel Bass Millennium Falcon bass guitar -- also make the NES Paul, a guitar whose body is made from hollowed out, vintage Nintendo Entertainment Systems.

The guitars start at $600 and go up from there, depending on options like the headstock, which you can get in the shape of your favorite Nintendo character.

At its most basic, it is everything a fully playable guitar should be only it is built within an original NES shell. Don't let that fool you though, because this guitar can produce a sound worthy of accompanying Mario & Luigi on their quest to save the Princess; with a half decent amp of course.

As you can probably tell, the name does derive from the original being the LP style. The images depict the original NES Paul as well.

The original NES bodies are always in good condition, some even perfect - it varies considering their age.

The guitar can then be finished off with your favourite Nintendo character adorning the headstock. Of course, you can choose to have it blank too if you so wish or you can make it truly custom to yourself/the recipient.