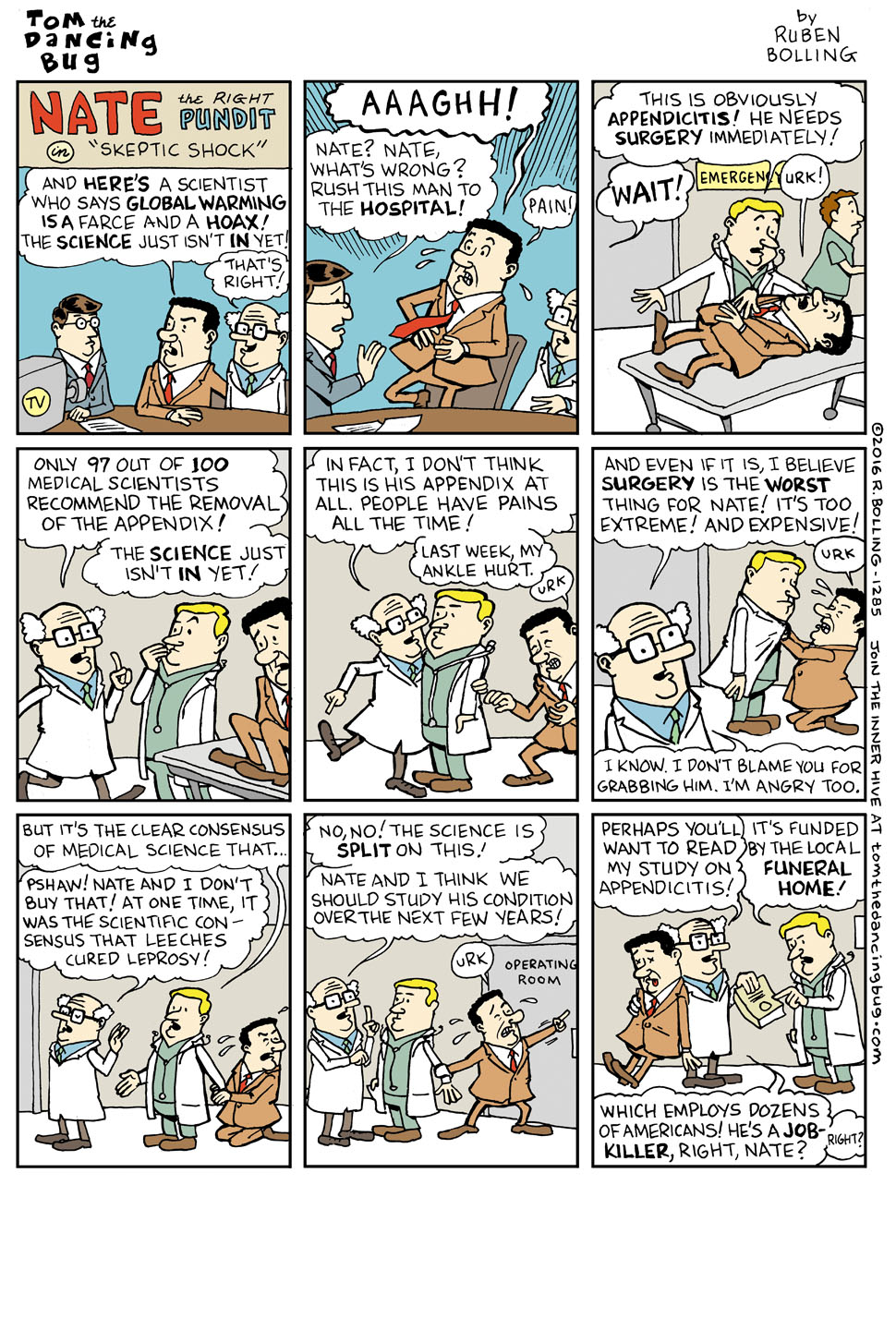 Tom the Dancing Bug, IN WHICH Nate the Right Pundit bravely asserts that the Science just isn't settled yet, on such pressing issues as global warming and his acute appendicitis.