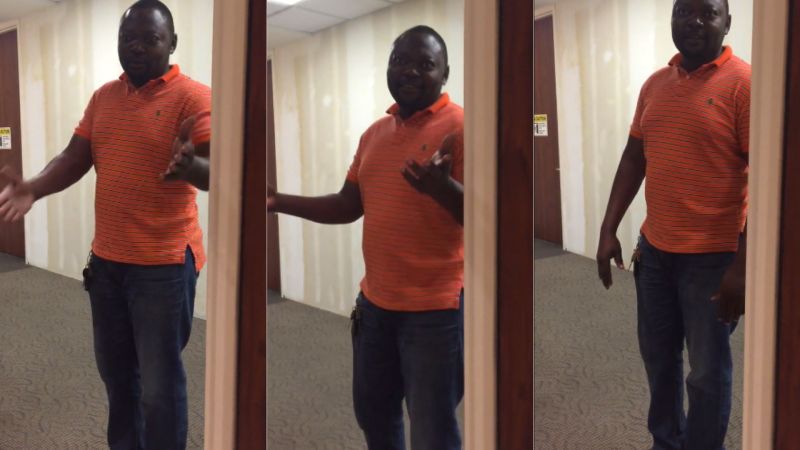 This fellow has volunteered to make sure the people who use a women's restroom in Texas look and dress the way he and other frightened jackasses want them to look and dress.

Reporter Eric Nicholson writes that the video was shot by Jessica Rush at the Baylor Medical Center in the suburb of Frisco on Thursday. (Full disclosure: I used to work at the Observer and Eric is my friend.) Rush was born female. She identifies as a woman. She was in the right place, bathroom-wise, but because she had on basketball shorts and has short hair, the dude had to check things out.

“You didn’t look like a girl when I saw you enter,” he explains, from the door of the bathroom. “I thought you was...”