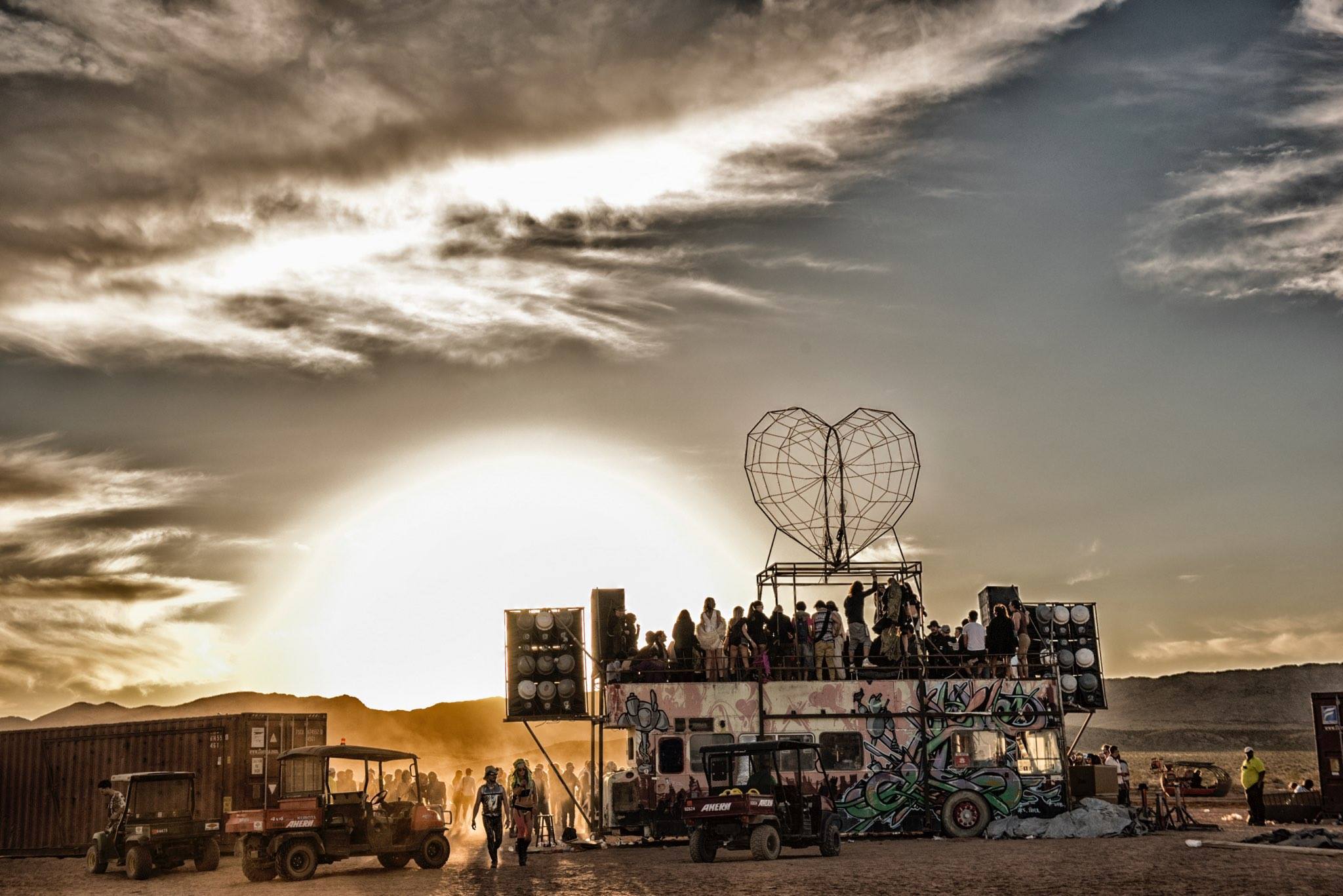 Further Future is a desert festival created by wealthy Burning Man attendees who want to get rid of the festival's DIY/participatory ethic and replace it with a pampered weekend where poor people wait on them while they strut around the desert, "networking."

It certainly represents an "alternative" to Burning Man, whose founding principles stress "radical participation" and "radical self-reliance." Rather than gathering to put on a show for each other, the attendees of Further Future travel (by private helicopter, Ferrari, and other status-conscious means) to their event, where paid entertainers put on a show that serves as a backdrop for "deal-making."

Future Further can be thought of as the end-point of the "turnkey camp" wars that have been waged at Burning Man for most of this decade, in which the organizers try to seek out and disrupt underground businesses that set up walled-off compounds for rich people where they are catered to by paid staff.

Eric Schmidt was backstage leaning against a tower of palettes and wearing an ornate top hat and a vest made of mirrors. He said he was at Further Future mostly because these were his friends.

“It’s well documented that I go to Burning Man. The future’s driven by people with an alternative world view. You never know where you’ll find ideas. ”

This was the cream of the Burning Man crop, he said.

“This is a high percentage of San Francisco entrepreneurs, and they tend to be winners. It’s a curated, self-selected group of adults who have jobs,” Schmidt said. “You can tell by the percentage of trailers.”

Did they provide the costume for him?

“My own, of course. What do you think of it?” he pressed the glass panels and smiled.

'Burning Man for the 1%': the desert party for the tech elite, with Eric Schmidt in a top hat
[Nellie Bowes/The Guardian]