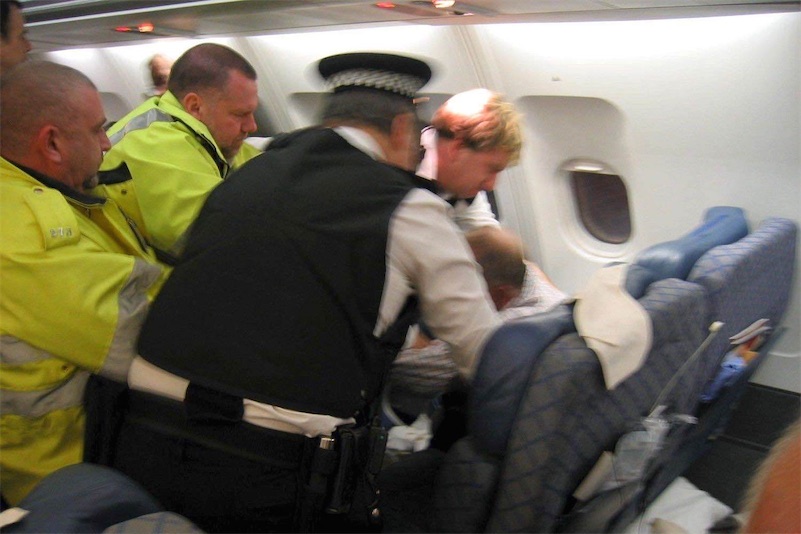 A new scientific study reveals that air rage is much more likely on airplanes where inequality is obvious -- that is, airplanes where there's economy and first class sections. The University of Toronto researchers published their results in the journal Proceeding of the National Academy of Sciences. From CNN:


"Psychology (research) tells us that when people feel a sense of deprivation and inequality, they are more likely to act out," said Katherine A. DeCelles, associate professor of organizational behavior at the University of Toronto....


There was also a nearly 12-fold increase in the rate of air rage among first-class passengers on flights where all passengers boarded through the first-class section, compared with flights that had separate entrances for first class and economy.


"When people from higher social class backgrounds are more aware of their higher status, they are more likely to be antisocial, to have entitled attitudes and to be less compassionate," DeCelles said.