The U.S. Navy now has an unmanned drone warship. Could it be hacked at sea? 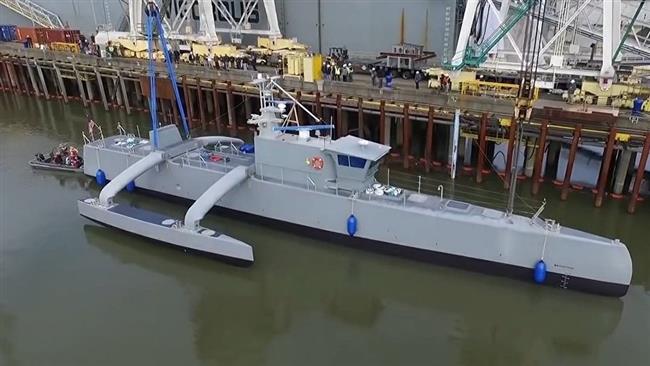 The first Navy drone ship is a 132-foot ACTUV (Antisubmarine warfare Continuous Trail Unmanned Vessel) known as Sea Hunter, which cost around $120 million to build. The military says more can now be produced for $20 million or so each. But some are concerned that with no humans at the controls, these “robot ships” could be hacked, pwned remotely, and used by America's enemies to attack the United States.

Sea Hunter will be tasked with patrolling the oceans worldwide to detect and track enemy submarines. Sea Hunter does this without even one human on board, and can track an enemy sub for thousands of miles, months at a time out at sea.

“[The Sea Hunter] as the unique capability to go out, to see other vessels operating potentially in our own waters,” DARPA's Jared Adams told reporters who met with military officials in San Diego to view the vessel on Monday.

Sea Hunter will be the focus of joint DARPA/Navy test operations over the next two years off the California coast.

Sea Hunter on the Willamette River after a christening ceremony in Portland, OR, April 7, 2016. Photo: U.S. NAVY

From the U.S. military publication Stars and Stripes:

During the testing phase, the ship will have human operators as a safety net, but once it proves to be reliable, the autonomous surface vessel will maneuver itself — able to go out at sea for months at a time and travel up to 10,000 nautical miles.

Program manager Scott Littlefield said there will be no "remote-controlled driving of the vessel." Instead it will be given its mission-level commands telling it where to go and what to accomplish and then software will enable it to drive itself safely.

The military initially built the diesel-powered ship to detect stealthy diesel-electric submarines, but developers say they believe it has the capability to go beyond that, including detecting mines. There are no plans at this point to arm it.

"There are a lot of advantages that we're still trying to learn about," Littlefield said.

Some see the possibility that the full-size prototype could pave the way to developing crewless cargo vessels for the commercial shipping industry someday, he added. Countries from Europe to Asia have been looking into developing fleets of unmanned ships to cut down on operating costs but the idea has sparked debate over whether it's possible to make robotic boats safe enough to run on their own far from land.