Look up in the sky! Eta Aquarids meteor shower expected to peak through May 6 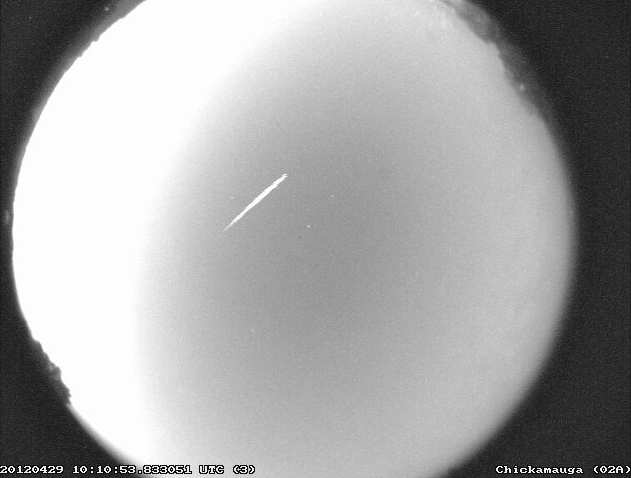 For amateur astronomers, tonight is an exciting night.

The Eta Aquarids meteor shower is expected to display in a most dazzling way, peaking Thursday night through Friday morning. This astronomy phenomenon is created by debris left behind by Halley's Comet, which last flew by Earth in 1986. Halley's comet won't visit our solar system again until 2061, but these dusty trails from its travels appear in our skies every year. As they hit Earth's atmosphere, the frozen debris particles disintegrate, forming a gorgeous display in the night sky.

From NASA, the 2016 Eta Aquarids Forecast:

This year the Eta Aquarids will peak during daylight hours of 5 May across the United States. Slightly higher rates are likely overnight May 4-5 than on May 5-6 but the shower's broad peak means that both nights will have meteors. Some Eta Aquarid meteors may be visible for a few days before and after the peak.

About the Meteor Storm
The Eta Aquarids peak during early-May each year. Eta Aquarid meteors are known for their speed. These meteors are fast -- traveling at about 66 km/s (148,000 mph) into Earth's atmosphere. Fast meteors can leave glowing "trains" (incandescent bits of debris in the wake of the meteor) which last for several seconds to minutes. In general, 30 Eta Aquarid meteors can be seen per hour during their peak.

To view the Eta Aquarids find an area well away from city or street lights. Come prepared with a sleeping bag, blanket or lawn chair. Lie flat on your back with your feet facing east and look up, taking in as much of the sky as possible. After about 30 minutes in the dark, your eyes will adapt and you will begin to see meteors. Be patient -- the show will last until dawn, so you have plenty of time to catch a glimpse.