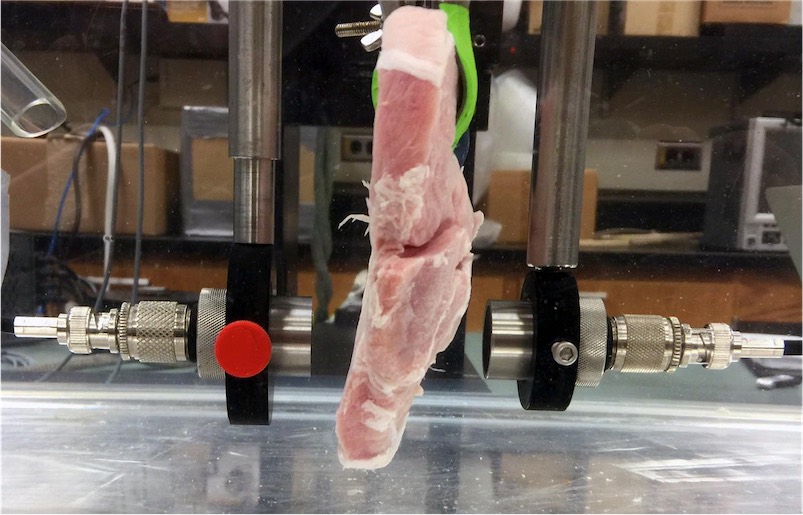 Researchers at the University of Illinois at Urbana-Champaign used ultrasound to transmit high-speed data through pork loin and beef liver. Why? They're developing a system for controlling wireless medical implants and also stream high-definition video from inside the body.

"You can imagine a device that is swallowed for the purposes of imaging the digestive tract but with the capability for the HD video to be continuously streamed live to an external screen and the orientation of the device controlled wirelessly and externally by the physician," says engineering professor Andrew Singer.


Singer and his colleagues posted their results on arXiv in a paper titled "Mbps Experimental Acoustic Through-Tissue Communications: MEAT-COMMS."


“To our knowledge, this is the first time anyone has ever sent such high data rates through animal tissue,” Singer said. “These data rates are sufficient to allow real-time streaming of high definition video, enough to watch Netflix, for example, and to operate and control small devices within the body.”


That's a whole new spin on dinner and a movie.